Georgia conducts negotiations with “Gazprom” about increase of Russian gas supplies to 20 percent. Currently Georgia buys gas from Azerbaijan, and the share of Russian natural gas is 12 percent. 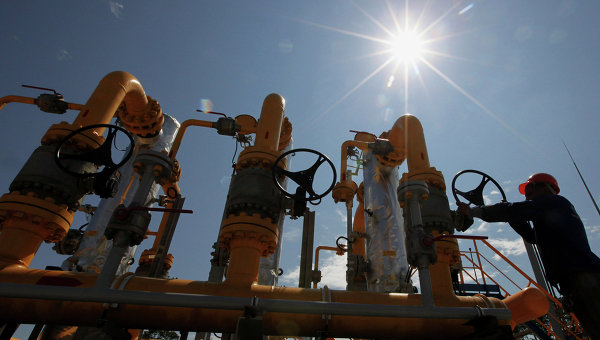 TBILISI, 20 Jan. Magee Kikaleyshvili. Georgian energy Minister Kakha Kaladze told about the details of ongoing meetings with representatives of “Gazprom” and stated that the total volume of Russian gas supplies to the country can be increased from 12% to 20%.

The main importer of gas to Georgia is Azerbaijan. Currently Georgia receives 12% of the total volume of Russian gas supplies to Armenia as payment for its transit. Russian gas the country buys from 2007.

“Today we have 12% and if an agreement is reached, we will be able to get more volume when it will be our country needs, the surplus may increase to 20%. Of course, this is temporary. It is about the agreement for a period of one year”, — said Kaladze in the broadcasting company “Rustavi 2” and added that the term of the former agreement with Gazprom expired on 31 December 2015, and the new has not yet been achieved.

The energy Minister explained that Georgia is experiencing a shortage of gas, and “Azerbaijan, which remains the main strategic partner of the country, technically, can’t put the Georgian side is larger as the pipeline is physically not”.

According to the Minister, during recent meetings, the Russian side demanded that Georgia received gas instead of cash payment for the transit of gas to Armenia. Kaladze noted that Russia has every opportunity to meet the Armenian market via other transit and deprive Georgia of the status of a transit country that is losing to Georgia, so Georgian side “is trying to preserve the function of the transit corridor”.

“If we don’t have corresponding natural gas (in case of loss in transit functions — ed.) need to be shut down station, will have to take for energy that will incur more expenses, and this will affect rates and our citizens have to pay more,” the Minister added.

Kaladze said that the next meeting with representatives of Gazprom will take place on Wednesday in Vienna, and expressed hope that he would return from there with the reached agreement, “which will serve the interests of Georgia”.

Experts and opposition in Georgia criticized the Minister, saying that cooperation with “Gazprom” will deprive Georgia of independence. Protests demanding the end of the negotiations the Georgian government with “Gazprom” held in the capital systematically.