Over 2,500 participants will discuss significantly accelerated the collapse in oil prices, the slowdown of the world economy and geo-economic challenges, global security, health, education and some other topics. 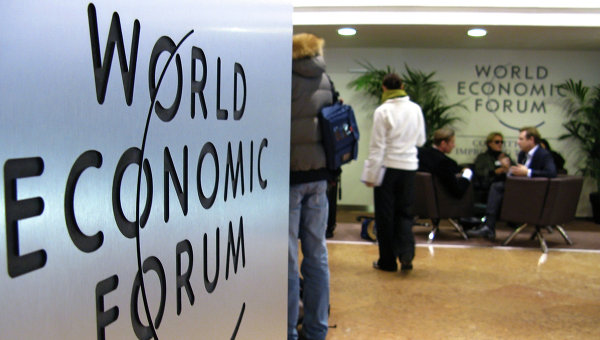 DAVOS, Jan 20. Questions of the Fourth industrial revolution on the background of the difficult financial situation in the world will be discussed by the participants of the world economic forum (WEF) opened in Davos, Switzerland on Wednesday.

International forum, which runs from 20 to 23 January, brought together more than 2,500 participants from 100 countries, not including 40 heads of state and government. The main theme of this year’s forum will be the Fourth industrial revolution. International representatives will also discuss the issues of refugees and migration policy, geo-economic challenges, global security, health, education, gender differences and climate change.

Special expectations from journalists and forum participants associated with the arrival in Davos the foreign Ministers of Iran Mohammad-Javad Zarif. As expected, the Minister will first perform in front of such a big audience after being removed from the Tehran international sanctions.

The President of Ukraine Petro Poroshenko on January 20-22, will visit Switzerland on a working visit for participation in the WEF. During the three-day visit of the Ukrainian President intends to meet with the head of the IMF Christine Lagarde, President of the ICRC Peter Maurer, the Prime Minister of the Netherlands mark Rutte, as well as with leading representatives of international investment and business community. Poroshenko intends to raise the issues of obtaining of the next tranche of financial aid, attraction of investments into the country, as well as to discuss the situation in the Donbass.

The head of the Ministry of economic development and trade of Ukraine aivaras Abromavicius intends during the WEF to hold meetings with the Ministers of Commerce — penny Pritzker — and Canada — Hristea Freeland, as well as with EU Commissioner for trade Cecilia malmström to discuss “trade war” with Moscow, Kiev.

The Participation Of Russia

Russia this time in terms of extending sanctions by the West have decided to offer the participants of the forum in Davos “Asian” agenda. If last year the delegation was headed by first Deputy Prime Minister Igor Shuvalov, who oversees the government’s financial-economic bloc, this year to represent Russia in Switzerland instructed Deputy Prime Minister Yuri Trutnev, responsible for the far East — the region representing the main interest for investors from the Asia-Pacific region.

Last year in Davos, the representatives of business and government discussed the difficult situation in the global economy, the ways out of it and ways to restore trust. In this year of economic and geopolitical conditions improved greatly accelerated the collapse of oil prices, slowed the pace of global economic growth, continued crisis in Ukraine, Russia and the West are again exchanged restrictive measures.

Against this background, Russia has made further steps towards the Asian market. In September 2015, passed first East economic forum in Vladivostok, in the framework of which agreements have been concluded with a total investment of 1.8 trillion rubles.

It is these accomplishments, wants to tell Russia at the forum in Davos.

“The world community will learn about the projects, agreements on which were signed during the year 2015 in Vladivostok East economic forum”, — said on the eve of the forum the representative of the Ministry of the Russian Federation.

The forum participants will talk about measures to reduce risk and ensure a good return on investment. In the far East investors are ready to provide a number of preferences, including exemption from import and export duties, taxes on profits, property, land in the first five years of project implementation, as well as the decrease in the first ten years of insurance premiums in the wage Fund from 30% to 7.6%. Investors also have the opportunity of co-financing of the project development Fund of the Far East in the long term under 10,5% annual in roubles.

In addition, the business can rapidly go through the necessary administrative procedures thanks to the system of receiving services in a principle “one window”. The interests of the investors in the court to protect the state Corporation of development of the Far East — the company with absolute participation of the Russian government.

Russia intends to invite the participants of the WEF on another forum in Vladivostok.

Trutnev plans to hold bilateral meetings with investors from Japan, China, India and some other countries and talk to them about the investment attractiveness of Russia, in particular on projects in the far East.