The Chairman of the state Duma Committee on economic policy, innovative development and entrepreneurship Anatoly Aksakov at the briefing said, why is the fall of the Russian ruble, and predicted its strengthening during the month. 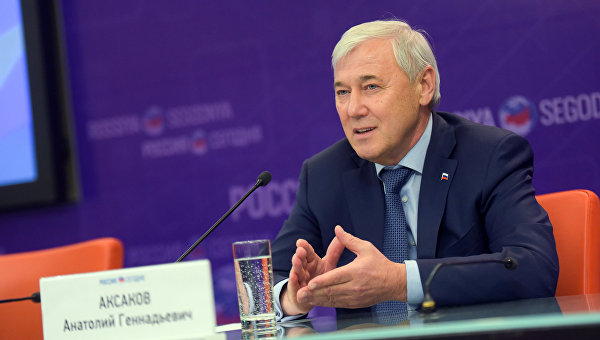 MOSCOW, 21 Jan. Oil prices by the end of February will increase to $ 40 per barrel, which will lead to ruble strengthening. With such forecast was made by the head of the Duma Committee on economic policy, Chairman of the Association of regional banks of Russia Anatoly Aksakov.

“We now have problems that arise because of turmoil on the currency market, but by the end of February, the barrel will cost 40 dollars”, — Aksakov said at a briefing in MIA “Russia today”.

“Oil is a financial instrument. Here we have a “bearish trend”, a large financial speculators are actively working to lower oil prices. Trying to lower this tool to the limit, then buy it in large quantities. As with any financial instrument, there is bound to rebound, and this will be followed by sale. Unfortunately, the financial hostage of this situation is the ruble. It is obvious that after the rebound of oil prices, and this will happen within a month, the ruble will strengthen,” — says Aksakov.

According to Aksakov, one-sided dependence of the ruble from oil needs to be changed.

“This should be treated as Givens, and work to change the structure of the economy. The ruble depended on the state of the economy as a whole and not from one measure,” he said.

Aksakov also appealed to the depositors and citizens and suggested not to buy the currency.

“Unfortunately, the hype win. You only allow them to make money. Lose one who buys now”.

Aksakov stressed that now we need to work quietly on budget execution.

“I am against the sequestering of the budget. Need to run those projects that are selected by the government under the program of project financing. Need to deal with the daily work on changing the structure of the economy, – said Aksakov. — Most importantly, all initiatives undermine confidence in the authorities and creating an unnecessary agiotage”.

“Plants that work, produce goods, sell, the demand is there, the devaluation helps to sell including to foreign markets. We have become one of the largest exporters of pork, and three or four years ago were the largest importer. Ranked second in the world in the export of grain. By the way, export of engineering products for the first time in recent years has increased”, — said the Deputy.

According to Aksakov, the situation is manageable, controllable, but it is necessary to take interim measures which will mitigate the consequences of the current situation.

“Such pressure on the market and the action of speculators can be long. We approached extreme values, when it should be Bouncing. The banking system feels relaxed, only want action, which bears a formal character”, — said the Deputy.

Amid declining oil prices on Thursday, January 21, dollar and Euro has continued to update its maximum value for more than the one-year period. The dollar reached a mark above 85 rubles, the Euro exceeded the value of the ruble in 93.