DAVOS, January 21. The heads of major oil companies in the world believe that in the second half of 2016 will begin the rise in oil prices, said the head of “LUKOIL” Vagit Alekperov on the sidelines of the economic forum in Davos. 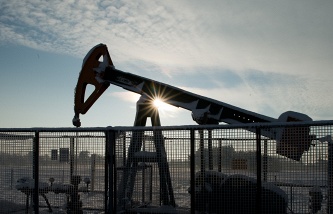 “We (the heads of major oil companies – approx. ed.) discussed relevant topics, forecast of supply and demand. And all bowed to the fact that in the second half will still begin the growth trend of oil prices”, – he said.

The working scenario of “LUKOIL” stipulates the price of oil at $30 per barrel, stressful – $20, he said. The stress scenario also assumes a reduction of investment of the company in 2016, another $1.5 billion. “We at the last Board of Directors gave instructions to pass to the script “20-30-40″. The investment panel on Monday these scripts will be considered” – said the head of the oil company.

However, Alekperov noted that at an oil price below $24 per barrel most of the projects in the industry can be stopped.

“I think still that shelf that we can expect, bottom shelf is 24 dollars (per barrel). All the analysis shows that just below this price a lot of projects, even existing ones, will be stopped,” he said, noting that the company can reduce its own investment program.

About oil production in the Russian Federation

Earlier, Minister of energy Alexander Novak said that Russian oil companies plan to maintain oil production in 2016 at the level of last year, when a record was produced for the RF volume.

According to the Central dispatching Department of fuel energy complex (SE “CDU TEK”), in 2015, Russian oil companies produced a record 534,081 million tonnes, which is 1.4% higher than a year earlier.

Earlier in mass media there was information that the Ministry of Finance returned to the idea of increasing the tax on mineral extraction (met) to compensate for the lack of revenue in the budget due to low oil prices.

However, the Ministry of energy of the Russian Federation looks forward to working with the Ministry of Finance to prepare for the spring session of the state Duma the draft law on added tax income (JPM), which will replace the current rent tax mineral extraction tax.

The fall in oil prices

Oil prices accelerated their decline after the OPEC meeting on December 4 last year. According to the results of 168-th meeting in Vienna Ministers of oil of the OPEC has not taken a clear decision on production quotas because of the position of countries that are not members of the organization.