Ex-Finance Minister of Russia Alexei Kudrin suggested that the situation with the price of oil can be compared with 1998, when she was 8 dollars a barrel. 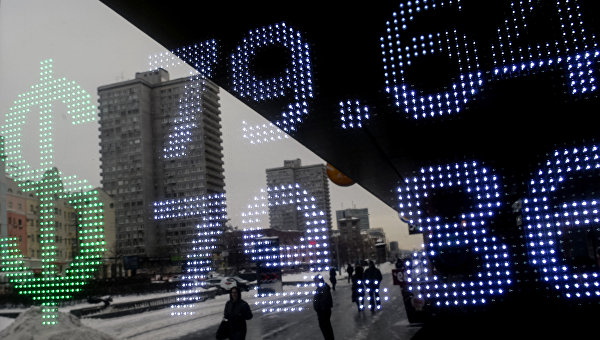 MOSCOW, 21 Jan. Rapidly falling oil prices and dive in after her, while the ruble has not reached its minimum values in the near future will continue to free fall, but the bottom is near, and soon we will see a rebound – though not too high, I guess the Russian participants of the world economic forum in Davos. Agree with the analysts interviewed in Moscow.

Since the beginning of summer 2014 to the end of last year, oil prices have fallen more than tripled — from 115 to 36 dollars per barrel of Brent, and for the first three weeks of 2016 has dropped below $ 30. Against this background, the ruble has one record after another: the dollar on Thursday exceeded 85 rubles, which is a historic high, and the Euro for the first time since December of 2014 increased to 93 rubles.

“Today, we have a number of factors that work to reduce prices. And we don’t know what will be the lowest point. It will be lower than what we see today. It can reach 18, even up to 16 (per barrel – ed.) but not for a long time… Then, of course, the price will correct and go up,” said ex-Finance Minister of Russia Alexei Kudrin at the business Breakfast VTB in Davos.

“I think the dollar will be strong enough due to a number of reasons. This year I do not expect significant strengthening of the ruble, though, maybe, when the rebound in oil prices, some correction upward is possible “, — stated the head of VTB Andrey Kostin.

To measure the depth

Later Kudrin led a more pessimistic forecast. He suggested that the situation with the price of oil can be compared with 1998, when she was 8 dollars a barrel. “If we translate this into prices of the current year, calculate the rate of inflation for all these years, this means 13-14 dollars at current prices,” according to ex-Finance Minister in an interview with Business FM.

However, most analysts and Russian authorities agree that the second half will begin partial recovery of oil prices to about 40 dollars per barrel. The current slowdown experts attribute the high level of production in a world with slower demand, including because of the situation in China.

In addition to traditional explanations, such a deep drop in price (below $ 40-50) experts have been increasingly linked to financial factors, including the strengthening of the dollar.

In particular, the financial factor was mentioned recently by the Minister of energy Alexander Novak. The head of Sberbank and former economy Minister German Gref, in turn, described the situation as a “great financial game”. Novak pointed that critical price level for the oil companies of the Russian Federation is a cost of production (in Russia it is 5-15 dollars per barrel).

Kudrin believes that this year the price of oil after a serious fall in the range of 25-30 dollars per barrel. In such conditions the Russian budget in the current year, in his estimation, will be executed with a deficit of 6% of GDP, and if the government will decide on the necessary budgetary consolidation – 4%.

Analysts disagreed, due to a new collapse of the ruble objective circumstances or speculative factors.

The Finance Minister said the current ruble exchange rate corresponds to the reality. The Russian financial authorities no purpose to solve budget problems through a deliberate weakening of the national currency and the Central Bank does not conduct a specific policy of devaluation, he said.

“The Central Bank is required to maintain a floating rate regime. This means that the course will follow the objective conditions in the market, in this case — the decline in oil prices,” he says. “Of course, the ruble will return to whatever their positions, as was the case in December 2014,” — said Kudrin.

Macroanalytic Raiffeisenbank Maria Pomelnikova agree that the ruble objectively reacts to the fall in oil prices.

“We believe that the ruble now shows a more logical reaction to the fall in oil prices than the one that we observed in the first days of the year. Now back the demand for currency by major participants, which had previously been minimal,” she said.

“The current degree of attenuation rate is more in line with our forecasts, and we believe that ruble might depreciate, even if oil prices will not decrease,” the analyst added.

Chief economist at Eurasian development Bank (EDB) Yaroslav Lissovolik, by contrast, sees speculative factors in the decline of the ruble. According to him, the price of oil in recent times is not the defining reason for the devaluation of the Russian currency.

“The depreciation of the ruble over the last two days was much higher than the amount of the decline in oil prices. Apparently, now begin to play the role of speculative factors that have accelerated in recent years,” said Lissovolik.

Everything is under control

The Russian authorities do not demonstrate any particular concern about the situation on the currency market.

“The course really changed the course volatile. But this is not a collapse, and in this case there is no reason to believe that the Central Bank there are no scenarios that are designed to avoid really drastic changes,” — said the press Secretary of the President Dmitry Peskov.

Industry experts do not wait from the authorities of the Russian Federation no sudden movements in the near future.

In particular, the head of VTB does not expect any action by the Central Bank. “I think the CBR in a pinch always take steps… I think that when there are sharp jumps of the Central Bank will still try to smooth them. And with a smooth movement — I think not,” said Kostin in Davos.

The unpredictability of oil prices is forcing the Central Bank to wait and see, I agree Pomelnikova.

“While the Central Bank likely will not raise its key interest rate, but such risks might be realized in case of continuous depreciation of the ruble, which would threaten the financial stability of Russia,” she said.