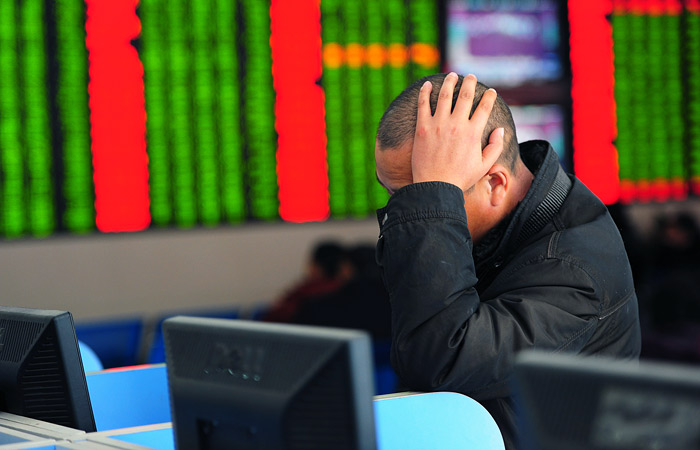 Moscow. January 21. Stock indices in the Asia-Pacific region ended on Thursday in the “red zone”, investors were unable to feel the bottom after the crash yesterday, reports Bloomberg.

Summary index of region MSCI Asia Pacific fell by 1.7% to 114,60 points, although earlier during the day was increased by 1%. In January, the indicator has dropped 13%, the biggest decline since the financial crisis of 2008.

By estimations of traders, the net injections by the Central Bank of China into the financial system using reverse repo operations this week amount to 400 billion yuan ($61 billion) – the most since January 2012. The Central Bank seeks to prevent liquidity problems during the February New year celebrations on the lunar calendar.

Since the beginning of January, the Chinese Central Bank has injected into the economy over 1 trillion yuan.

“The ground market is now so unstable, the world is full of anxiety. People continue to search for a bottom,” says market analyst at Sumitomo Mitsui Trust Bank Ayako Sir.

The global stock market on Wednesday moved to bear market composite index MSCI All-Country World lost 3.4%, returning to the level of June 2013 and increasing the drop from the may peak to more than 20%. Over the past months since may, the total capitalization of world stock exchanges fell by more than $15 trillion, according to Bloomberg data.

Shares of Toyota Motor fell 2.8%, leading the decline among Japanese exporters as the yen continues to rise.

The market value of McDonald’s Holdings Co. Japan Ltd. fell by 9.2% due to reports in the Nikkei newspaper that the parent holding McDonald’s will reduce the share of participation in it.

The price of securities of China Resources Beer, the Chinese partner brewing group SABMiller Plc, decreased by 14% in trading in Hong Kong because of the deteriorating equity valuations analysts at Macquarie.

Sharp shares rose during the session on Thursday is 25%, but ended the session higher by 5.8 percent. According to informed sources, Taiwan’s Foxconn, which installs the iPhone, offered to buy the Sharp for $5.3 billion. However, the very Sharp, it seems, is inclined to the plan of salvation put forward by the Corporation and INCJ is estimated at $2.6 billion