KRASNODAR, January 21. /Corr. Sergey Ukolov/. Flights between Sochi and cities of Iran is scheduled to open by July of this year. About it the correspondent was reported by the press service of the company “Basel Aero,” manages the Kuban airports. 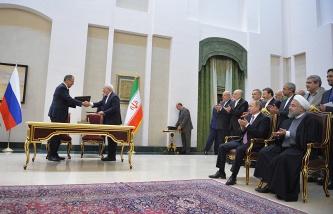 The Russian foreign Ministry: lifting sanctions against Iran contribute to an increase in trade cooperation between Russia and Iran

“Currently, negotiations are underway with Russian and Iranian airlines and tour operators on flights between Sochi and cities of Iran in the summer flight schedule. According to preliminary data, the traffic can be open in July 2016,” said the company.

In “Basel Aero” does not exclude the organization of several Charter flights from Iran to Sochi at the end of March, when the Muslim calendar is celebrated as New year. In Sochi it is expected large flow of tourists.

January 18 Deputy speaker of the state Duma Nikolay Levichev has declared that Russia and Iran need to bilaterally abolish a visa. According to Levicheva, Iran has a great interest in Russia, its culture, and for Russian travelers to Iran may become a new popular destination.