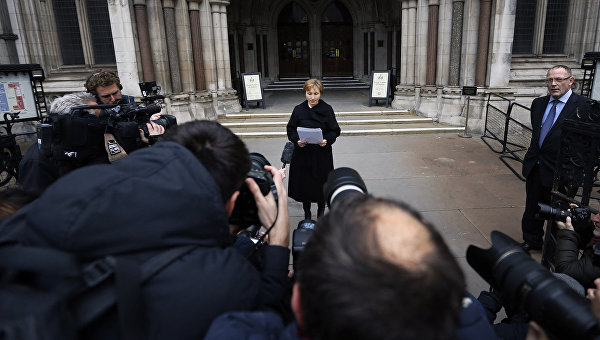 MOSCOW, 21 Jan. The purpose of the British investigation of the case of ex-FSB officer Alexander Litvinenko to discredit Russia and its leadership, said the official representative of the Russian foreign Ministry Maria Zakharova.

She noted that the results of “backroom games” were expected, “no innovation, we have not seen”.

“All this was a logical result of the quasi-judicial process, which was drawn by a British court and the Executive, which in itself is, to put it mildly, controversial and, one might say, criminal. The purpose was one, and it was obvious from the beginning — to discredit Russia, to tarnish its official representatives, its leadership,” Zakharova said at a briefing on Thursday.

She stressed that Moscow questioned the “objectivity and impartiality catechumen verdict”. “Russia repeatedly expressed interest in an objective and unbiased investigation of causes of death not only to Litvinenko, but Russian citizens in General, and a lot of them, which under different circumstances, including very strange, regularly die in the UK”, — said the representative of the foreign Ministry of the Russian Federation.

The final report of the open proceedings, the responsibility for the death of former FSB officer Alexander Litvinenko imposed on Russia. The Chairman the opened proceedings came to the conclusion that Litvinenko was poisoned with Andrei Lugovoi and Dmitry Kovtun during a joint tea party on 1 November 2006. As stated by the coroner, Robert Owen, a British court does not intend to reopen the proceedings for the death of Litvinenko because of all the issues. Previously, Lugovoi said that British experts have tested the polygraph on the evidence in the case of the death of Litvinenko and came to the conclusion that he’s not involved.