MOSCOW, January 21. Gazprom signed an agreement with the company South Stream Transport B. V. privacy for the project of construction of an offshore pipeline from Russia to Turkey across the Black sea. This is stated in the materials of Gazprom. 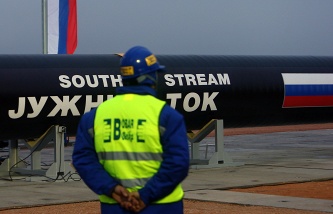 “Board of Directors “Gazprom” made the decision about the protection received from each other of information constituting a commercial secret, in order to implement the project to construct an offshore gas pipeline from Russia to Turkey via the Black sea,” – said in a press release.

It is noted that the agreement is valid until 2021.

Previously, the Board of Directors “Gazprom” has approved the conclusion of PJSC “Gazprom” with the company South Stream Transport B. V. the agreement on termination of the contract of guarantee in respect of obligations of LLC “Gazprom export” on the agreement for gas transportation dated October 2, 2013.

South Stream Transport B. V. was established to build the offshore part of South stream. However, after the decision “Gazprom” the decision to discontinue the project of Russian monopoly bought out the stakes of Eni, EdF and Wintershall in the project. It was assumed that the portion of the assets of South Stream Transport can be used in the construction of “Turkish stream”.