Now is the right time for privatization, but it is necessary that the market situation has stabilised, said the head of Sberbank German Gref. Earlier it was reported that for privatization will need to amend the law on the Bank of Russia. 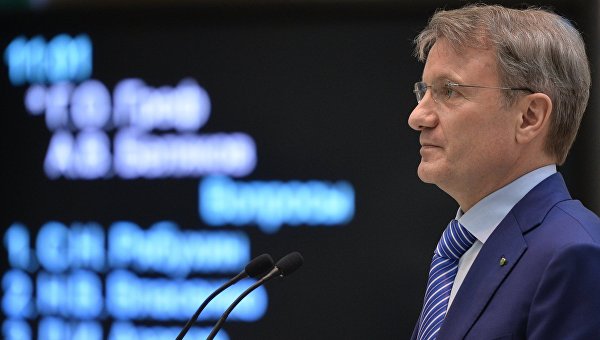 MOSCOW, 21 Jan. Privatization of the state stake in Sberbank could take place at the end of 2016 or in 2017, said head of the largest Russian Bank Herman Gref.

“I think we can talk about privatization at the end of this year or next year, but not before. Now is the right time for privatization, but we have to wait the stabilization of the situation on the market,” Gref said in an interview with CNBC in Davos, Switzerland.

Earlier, speaking at the Gaidar forum, the Minister of economic development Alexei Ulyukayev proposed to revisit the issue of privatization of the largest Russian banks — Sberbank and VTB, which, in his opinion, will allow to improve the situation with capitalization of the domestic banking system.

Later Ulyukaev said that the timing of privatization of the largest Russian Bank yet and that for the privatization of the savings Bank will need to amend the law on the Bank of Russia. The share of the Central Bank in the authorized capital of Sberbank is now 50% +1 share.

Only Sberbank has more than 221 thousand shareholders. The share of the Central Bank in the authorized capital of Sberbank is 50% +1 share, of legal entities — non-residents — 43,26%, legal entities-residents — 2,83%, private investors — of 3.91%.