The program “Skis dreams” is aimed at effective rehabilitation and socialization of people with disabilities through skiing. 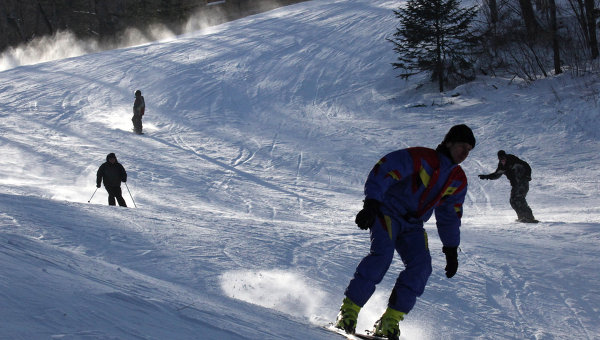 MOSCOW, 21 Jan./strong>. Centre snowboarding and skiing on the mountain opened Foggy in the Tashtagol district of Kemerovo region, where supported by the Siberian coal energy company will operate the program “Skis Dreams”, reports a press-service SUEK.

The center is equipped with elevators, slopes of varying difficulty, designed not only for professional snowboarders and skiers, but also for people just starting to learn these sports. At the foot of the mountain to the visitors center rental of any ski equipment.

In a press-service SUEK said that the program is approved by the Federal scientific center of physical culture and sports and the Ministry of sports of Russia. Specialized course trained 90 trainers.

“The strategic task of SUEK — improving the quality of life in the regions where our enterprises operate, and it’s almost all Siberia and the far East. Among the key priorities of the company’s social policy is concern for the health, support a healthy and active lifestyle, helping people with disabilities. We therefore support the development of the program “Skis dreams” in Kuzbass, one of the best ski centers”, — said General Director of JSC “SUEK” Vladimir Rashevsky.

At the opening ceremony of the centre the Governor of the Kemerovo region Aman Tuleyev stressed that all the classes in the center for children with disabilities will be free.

JSC “SUEK” is one of the leading coal mining company, Russia’s largest coal producer, the largest supplier to the domestic market and for export. Mining, processing, transport and service SUEK’s enterprises are located in seven regions of Russia. At the enterprises of SUEK employs more than 33 000 people. Main shareholder Andrey Melnichenko (92.2 per cent).