The amount of obligations of the Moscow Vneshprombank exceeded its assets on 187,4 billion. January 22 will be continued acceptance of applications and payment of compensation to the clients of the Bank via Sberbank and “VTB 24”. 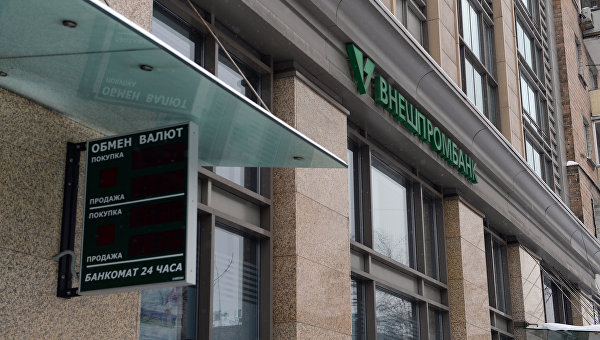 MOSCOW, 21 Jan. Acceptance of applications and payment of insurance compensation to depositors who lost Tuesday license Vneshprombank will continue from January 22 to continue through Sberbank and “VTB 24”, according to the Agency for Deposit insurance (DIA),

“The public relations Department of the DIA reports that… from 22 January 2016 will continue receiving applications and payment of insurance compensation through the savings Bank and “VTB 24″, acting on behalf of the DIA and for his account as agent banks”, — stated in the message.

“VTB 24” in its commentary noted that on Thursday by order of the ACB was suspended receiving applications for the payment of insurance indemnity to depositors of Vneshprombank because of the revocation of the license. The Bank reminds that carries out the payment of compensation on deposits (accounts) that are not open to doing business, customers Vneshprombank with surnames from a To I (except the cities of Lomonosov, Pavlovsk Sloboda, Skopin, Vsevolozhsk, meadows).

The Bank of Russia on January 21, withdrew from Vneshprombank a license to conduct banking operations. The Bank has not complied with the requirements of legislation and normative acts of the Central Bank. In addition, the Bank carried out operations on withdrawal of assets, and the statements did not contain reliable information, the regulator indicated.