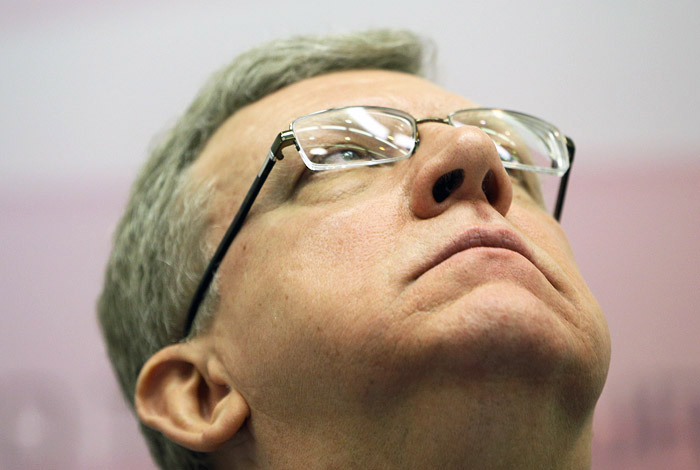 Moscow. January 21. Oil prices have not hit bottom, but the economy of Russia, having survived shock and adapting to new conditions, will return to growth in the medium term, says ex-Finance Minister Alexei Kudrin.

“It could be 18, and 16 dollars per barrel, but a short time, and then, of course, the price will correct and go up,” said Kudrin, speaking at a business Breakfast “VTB Capital” in the framework of the world economic forum in Davos.

“There are many circumstances that help to survive in the time – reserves, low debt – about 15.5% of GDP, Russia has a safety margin, we can borrow and incur debt. A flexible exchange rate helped to adapt the economy. Of course, there is a shock, but within a year or two the economy will be released on positive indicators,” says Audin.

According to Vice-Premier Yuri Trutnev, the crisis is always possible; because at this time it appears a more stringent need for improving economy, sharply lower costs for investors. “The development of the country depends on how quickly and efficiently we will be able to carry out reforms, to provide favorable conditions for business. I think we should get it”, he said.

Oil prices in the U.S. fell in the new environment below the psychologically important level of $27 per barrel on the background of increased fears about the global economic Outlook and the continuing turbulence in the financial markets.

Quote of March futures for Brent crude on London’s ICE Futures exchange to 8:00 Moscow time on Thursday has not practically changed and is $27,93 per barrel, reports Bloomberg. Futures price for WTI crude oil for March on the new York Mercantile exchange is at $28,36 per barrel. The February contract expired on Wednesday.

The day before the price plummeted and closed at lows since 2003. With the beginning of the year oil prices dropped by 24%.