One cannot speak of “self-isolation” of Russia, as it participates in the Council of Europe, CSTO, SCO, BRICS and other international organizations, wrote the head of the Duma Committee on international Affairs Alexei Pushkov in his Twitter. 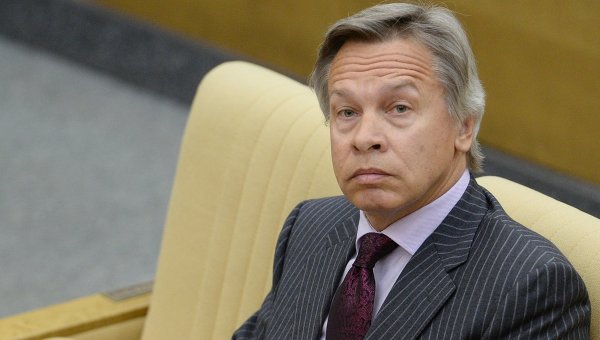 MOSCOW, 21 Dec -. The head of the Duma Committee on international Affairs Alexei Pushkov believes the silly notion that Russia has opposed itself to the whole world.

To say that “our country has opposed himself to the whole world”, there is a complete stupidity. So say those, for whom the whole world is reduced to NATO.

“To speak of “self-isolation” of Russia is impossible: Russia participates in the Council of Europe, the OSCE parliamentary Assembly, the CSTO, Metarlam.The Union, SCO, BRICS, EAS, G20, APEC…”, – said Pushkov.

Earlier, Prime Minister Dmitry Medvedev said that Russia does not seek isolation. The Russian foreign Minister Sergei Lavrov said earlier that Russia, despite the actions of colleagues, never go on the path of self-isolation and search for enemies.