MOSCOW, January 21. “Samaraneftegaz” (affiliated society NK “Rosneft”) at the end of 2015 has produced over 11.8 million tons of oil and 697 million cubic meters of gas. As reported in a press-release “Rosneft”, the figures are higher in 2014 by 5.4% and 6% respectively. 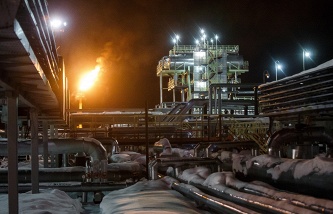 “Rosneft” in 2015, increased oil production at the Verkhnechonskoye field is 4.9%

“Samaraneftegaz” continues to steadily increase production of hydrocarbons, although many of the deposits on the territory of Samara region are at a Mature stage of development. Positive dynamics of key indicators in 2015 was provided due to increase in volumes of drilling and approximately 1.2 thousand geological and technical measures (GTM)”, – stated in the message.

It is noted that in 2015 the volume of sinking in production drilling amounted to more than 340 thousand meters of rock, that in one and a half times more than 2014. The programme intervention was carried out the hydraulic fracturing, sidetracking, conclusion of wells and transfer wells in the overlying horizons. The maximum effect obtained from the GTM on the South-Orlovskiy, Outdoor, Western – Communard, mulberry Spiridonovska, Muranowska, North Maximovskaya fields.