The Russian ruble continues to fall against foreign currencies under pressure of falling oil prices, updating all new lows. The Central Bank on the background of this trend and called a meeting with bankers, it will hold the first Deputy Chairman of the regulator, the source said. 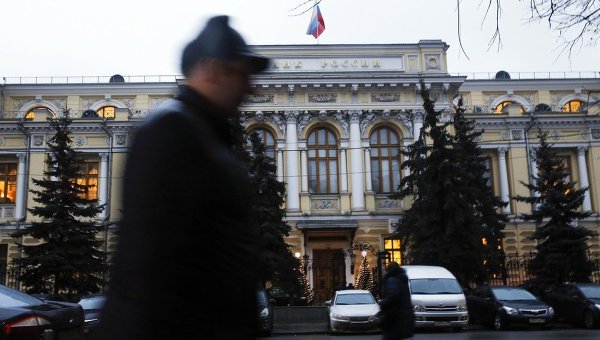 MOSCOW, 21 Jan. The Bank of Russia on the second day of the collapse of the ruble has invited bankers to an emergency meeting, which will hold the first Deputy Chairman of the Central Bank Alexey Simanovsky, who oversees Bank supervision and regulation, said a top Manager of a large Russian Bank.

“Today the Central Bank was invited to an emergency meeting. The agenda was not announced. The conference will be hosted by Alexey Simanovsky,” said the banker.

The ruble has accelerated the fall after the New year. On Wednesday the Governor of the Bank of Russia Elvira Nabiullina said that the ruble is close to fundamental values and risks for financial stability no. At the time of application the value of the dollar was about 80.5 per ruble, after which the ruble was several times renewed historic lows.

On Thursday, the dollar jumped more than 5 rubles to the specified level — almost up to 86 rubles under pressure of oil prices. And the Euro overcame the next high from December 2014 to 93 rubles. Thus, the ruble over the last two days lost to the dollar and the Euro by about 9% since the beginning of the year – about 14%.

Earlier on Wednesday it became known that the Association of regional banks of Russia (Arbre) has sent a letter to the head of the Central Bank of the Russian Federation in which asks to extend the period of use of fixed rate to calculate the standards for assets placed prior to 2015, prior to the expiration of these assets. The Central Bank since 1 January transferred to standard banks regulation and training for the calculation of market standards. The relief controller was introduced in December 2014, providing, in particular, the use of credit institutions discounted courses in the calculation of the mandatory standards of operations in foreign currency.

In addition, Arbre requests of the regulator to preserve the possibility of restructuring the loan without reducing the quality assessment of the loan, and quickly to consider adopting extra measures to reduce the impact of a sharp weakening of the ruble, the stability of the banking system. The letter notes that the abolition of indulgences lead to the violation of mandatory norms of capital adequacy or the attainment of critical values of more than 25% of those surveyed by the Association of banks.