MOSCOW, January 21. The leader “Fair Russia” Sergey Mironov has headed “the Rating of legislators”, which examines the results of legislative activity of deputies of the state Duma during the previous autumn session of the lower house of Parliament, which ended in late December. Traditional rating, compiled by the Foundation Institute for socio-economic and political studies (ISAPI) and the Centre for the promotion of lawmaking, will be published on Thursday.

That fixes the rating

“The rating of legislators” is a quantitative study of the legislative work of deputies of the state Duma at the end of each session. It takes into account not only the activity of deputies on the nomination of the bills, but also the impact of their legislative work, the social importance of parliamentary initiatives (including the data of sociological polls), as well as the level of support for each parliamentary bill during the voting (including voting statistics rejected bills).

In the ranking analyzes the productivity of work of deputies in committees of the state Duma amendments for the second reading of the bills. As noted in the explanatory material to the research available, the novelty of the current, third edition of the ranking was “a separate analysis of results of work of deputies with proposed amendments to the package of “budget bills”, which was originally introduced by the Russian government and was subsequently developed by deputies”. 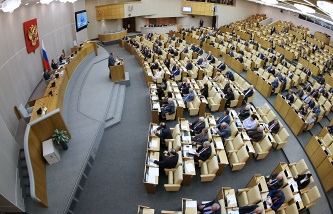 In the new study, summarized the results of the work of lawmakers during the second half of 2015 – in the penultimate session of the state Duma of the sixth convocation (September to December last year). “The rating captures what the party positions and the deputies went at the start of the final parliamentary session, which opened on 19 January”, – stated in the materials.

The key trend affecting lawmaking in the previous session, called the approaching elections to the state Duma (will take place in September 2016). “In the last session of the state Duma of the sixth convocation of the legislative work of the deputies has acquired a clearly expressed pre-election bias, which is reflected in the main statistical indicators and substantive trends of the period,” indicate the authors of the rating.

They expect that in the first half of 2016, when the state Duma of present convocation “to be completed work on the background of the most acute phase of the socio-economic crisis and the official start of the election campaign, the electoral roll in the law making process will get more expression.”

The leaders of the rating

In total, the top ten ranking included seven representatives of the faction “United Russia” and three of just Russia, and in the top 50 ranking – 26 deputies from “United Russia”, and 24 from opposition factions.

The authors of the study note that “due to the transition of the state Duma in election mode and the use of the parliamentary rostrum by the opposition to promote their programs, deputies of the parliamentary opposition lead by the level of legislative activity”. The top five for this indicator included a just Russia, Sergei Mironov, Oleg Nilov, Mikhail Emelyanov, Alexander Ageev and the representative of the Communist party Valery Rashkin.

However, these figures are based only on the statistics of introduced bills and their “social weight”, without taking into account the results of their review.

“The parliamentary opposition is making to the state Duma more and more social initiatives and thereby uses more active in the lawmaking process to promote their campaign programmes,” the experts argue, pointing with a significant deterioration in the quality of elaboration of parliamentary bills. According to their data, about 19% of the initiatives put forward by the deputies “were withdrawn or returned because of non-compliance of the rules and the Constitution of the Russian Federation”. The highest proportion of unexamined initiatives showed Alexei Didenko (LDPR), a group of Communists headed Raskinem and spywares Oleg nil.

As for the “United Russia”, it is, according to the authors of the rating, “marked the most active and productive work in the committees of the state Duma of the second reading bills”. The top three for the work on the bills “budget package” were members of United Russia – the head of the Duma Committee on labor, social policy and veterans Affairs Olga batalina, Andrey Makarov and Mikhail Tarasenko. 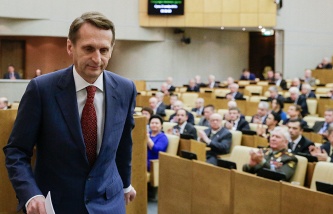 Another trend rating is the highlight in the main legislative work of deputies-“heavyweights”. They are expected to be “the keynote speakers of the parties during the Federal elections”, explain in ISAPI. The exception to this plan is the only Communist party in which “fruitful legislative work there are only a few party heavyweights”.

In addition, increased representation in the ranking of deputies from the popular front, which each session initiated several socially important draft laws and encourage their adoption.

Analyzing the subject of the legislative work during the autumn session, the experts concluded that “continued to gain in strength crisis of the social component, which will be for the main parties in the elections”, at the same time on the second or third attention of the deputies of the left socio-political issues. “High popularity among the deputies use only the amendments to the law on elections and the status of elected persons and the problems of development of judicial system and protection of the rights of the accused and the accused”, – stated in the explanatory material to the study.

The upcoming elections have an impact on the practice of consensus vote of MPs on draft laws each other, which, according to the authors of the rating, is increasingly rare. “Nutridense consensus remains fundamental issues, especially in terms of ensuring national sovereignty and the foundations of social policy”, – stated in ISAPI, while paying attention to changing the “structure” of such a consensus. The experts came to the conclusion that “the Communist party now stands more apart and from the “United Russia”, and from competitors from LDPR and “Fair Russia”, allowing positioning as the main opposition force”, while “Fair Russia” the interaction with the Duma majority helped to develop several important social legislations designed by just Russia.

However, the main part of the parliamentary bills, which are accepted by the state Duma, “there is a stable constitutional majority: even in the discussion the second reading of the adopted three-quarters of parliamentary initiatives approved by more than 300 votes”, stated in the release to the study.