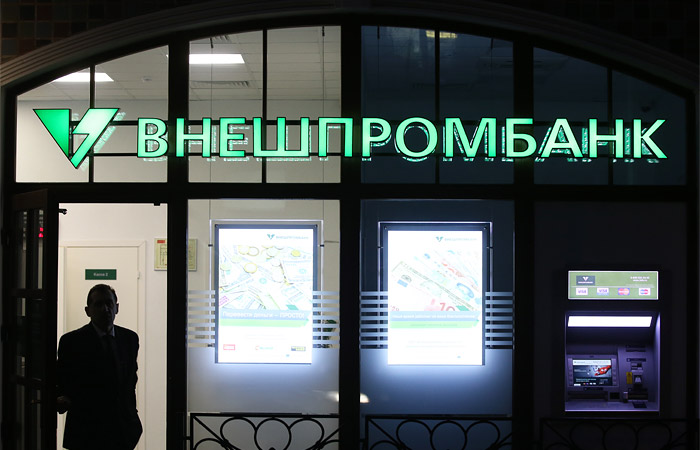 The analysis of the financial position of Vneshprombank conducted by the Bank of Russia jointly with the Agency for Deposit insurance, set exceeding the size of the Bank’s liabilities over its assets worth about 187,4 billion.

“For a long time the management of LLC “Vneshprombank” has conducted a variety of operations to withdrawal of assets,” – said in a press release.

Submitted to the Central Bank statements did not contain reliable information about the quality and amount of the assets and liabilities of the Bank. “The management of LLC “Vneshprombank” was built a system of fraud reporting based on primary documents, including statements on correspondent accounts of banks-non-residents, the credit profile of customers, transactions on customer accounts,” reads the press release.

In addition, claims of the Central Bank, the credit institution failed to comply with the requirements of the legislation in the field of combating laundering of criminal proceeds, including the timely direction in authorized body information on operations subject to mandatory control.

“Given the significant imbalance between assets and liabilities the procedure of financial recovery of Vneshprombank with the involvement of the state Corporation the Deposit insurance Agency and its creditors on reasonable economic terms was not possible,” says the regulator.

“The Bank of Russia is working to provide law enforcement the necessary information to identify the persons responsible for the implementation of illegal actions”, – stated in the message.

The Bank of Russia December 18, 2015 has appointed a temporary administration for management of Russia for a period of six months. The decision was made in connection with a reduction of own funds (capital) of the Bank compared to their maximum value reached in the last 12 months, more than 30% at simultaneous infringement of one of obligatory norms established by the regulator.

In late December, the DIA reported that for the payment of insurance indemnity can apply for over 67 thousand depositors, including about 640 contributors with accounts for business (about $ 73 million). The total payments may amount to 45 billion rubles.

Vneshprombank in the first three quarters of 2015 took 34 th place in terms of assets and the 33-th place by volume of individuals (72,86 billion rubles) in the ranking “Interfax-100” prepared “Interfax-CEA”.