The exchange rate of the lari against the dollar reaches more than 2.43 per gel. The fall of the Georgian currency is due both to the decrease in oil prices and the subsequent reaction of the “non-oil” States the trend of falling exchange rates in oil-producing countries of the CIS. 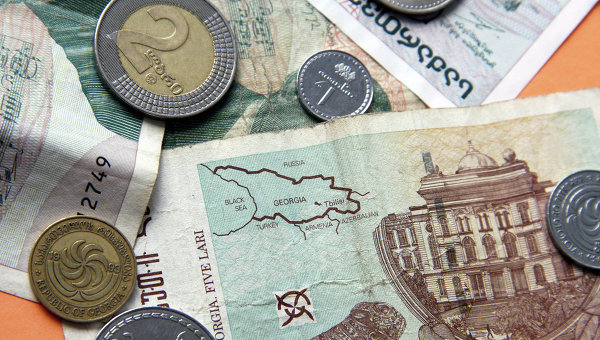 TBILISI, 21 Jan. Magee Kikaleyshvili. The national currency of Georgia is lari, which last managed to stabilize once again began to fall in January 2016.

The weakening of currencies in recent months is observed in almost all CIS countries. It is connected with the fall in oil prices and the subsequent reaction of the “non-oil” States of the Commonwealth the reduction of currency exchange rates in oil-producing countries of the CIS.

According to the National Bank of Georgia, the exchange rate of the lari against the US dollar on January 21, 2016 reaches more than 2.43 per gel. Earlier in the week, one dollar could buy approximately 2,42 gel. With the beginning of the year the lari exchange rate against the dollar declined by 1.5%.

Throughout 2015 Georgia experienced the fall of the national currency, which led not only to higher prices, but also to the drop in the rating of the ruling coalition “Georgian dream”, as the government failed to stabilize the gel, which dipped more than 35%.

As a result of the currency crisis the government has reduced the forecast for economic growth for 2015 to 2% from 5% and introduced the anti-crisis plan to attract foreign investment, which was criticised by the opposition. The Cabinet also appealed to the International monetary Fund with a request for urgent assistance, and announced plans to sell off almost all the objects belonging to the state.