MOSCOW, January 21. The decision by Moldova to ban entry to a number of Russian journalists is a violation of international law in the field of human rights and freedom of speech. This was stated by the official representative of the Russian foreign Ministry Maria Zakharova. 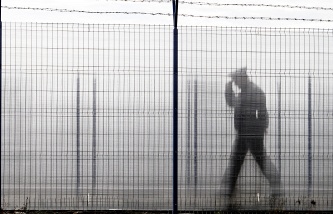 The VGTRK correspondent was denied entry to Moldova for five years

“I would like to mention a very sad, very disturbing trend. Note we have started a campaign against Russian journalists in Europe, we are talking about the EU and the West in General”, – the diplomat said.

Zakharova have noticed that only on January 21, VGTRK journalist Alexander Balitsky, the correspondent of TV channel LifeNews Cyril Alikovo and representatives “the First channel” . “This is another confirmation of a violation by the Chisinau international law in the field of human rights, freedom of speech and the fundamental principles of a democratic society”, – said the diplomat.

“But here in Moldova are not alone. With great regret that such actions of the authorities in some Eastern European countries are becoming frightening regularity, the same approach we see very often,” – said the official representative of the guardian.

Russian journalists extruded from the information space, and now physically, in those countries where their presence is undesirable, said Zakharova.

“Our Western colleagues are groundless accuse that Russia is allegedly fighting with the dissent, does not allow Western journalists to work here,” said the diplomat. 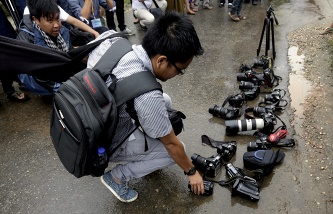 She gave examples with Russian journalists who were denied entry to Moldova. “Here are some examples – as a European country squeeze the dissent, put all sorts of obstacles in the work of Russian journalists, she said. – Why is this done? It is so obvious not to give an alternative opinion to get the information of unipolarity”.

“Thus they are trying to present these failures to the Russian journalists as revealing, intimidating, in particular if they will not talk as much as we want, if you distribute an alternative point of view, here’s what fate is waiting for you – stop your life plans, deprive you of residence and so on”, – noted Zakharov.

“There is just a squeezing of Russian journalists from the information space, and now physically, in those countries where their presence is unwanted, she said. – We expect the corresponding reaction of the international journalistic community on these cases and the subsequent reaction of the OSCE representative on freedom of the media.” “If the OSCE will again say that is not heard or seen anything on these cases, we will regularly with them, send letters, etc.,” – concluded Zakharov.

January 20, the Parliament of Moldova, which hosted the procedure of approval of the government, the riots took place. Thousands of opposition supporters, who believe the illegal Cabinet, stormed the building. 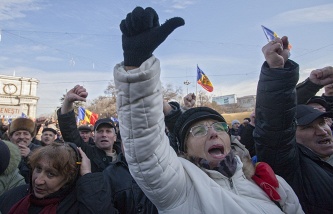 Then the Parliament building was picketed by thousands of supporters of the opposition Party of socialists, “Our party” Civil platform and the DA (“the Dignity and truth”). As a result, the government of Paul Philip was approved for six minutes. The candidate is not allowed to announce the program of the future Cabinet.

On Thursday morning in the center of Chisinau resumed anti-government protests – tens of thousands of people blocked the traffic on the main thoroughfare of the capital. As the correspondent of TASS from the event, protesters blocked the Parliament building, protesters continue to arrive.