MOSCOW, January 21. Total will give Zarubezhneft share of 20% in the Kharyaga Deposit in terms of section products, as well as the operator. This was reported in the press release “Zarubezhneft”. 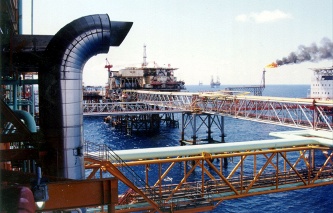 “After completing the transaction, Total will retain 20%, and the share of participation of other investors of the project will be: JSC “Zarubezhneft” (operator) – 40%, Statoil – 30%, JSC “Nenets oil company” – 10%”, – stated in the message.

The relevant amendments to the agreement on the development and production of oil at Kharyaga field in the terms and conditions of product should be agreed with public authorities of the Russian Federation.

“This transaction is interesting for JSC “Zarubezhneft”, given the fact that we are already in this project and know it well. Strategy Zarubezhneft focused on the development of fields with complex reservoirs. Since 2008 the company has successfully mastered similar in geological structure of the deposits within the project SC “Rusvietpetro” in the Nenets Autonomous district, 100 km from the Kharyaga field”, – the press service quoted the words of the head of the Russian company Sergey Kudryashov.

Task Kharyaga PSA (the agreement on production sharing – approx.ed.) is the development objects 2 and 3 of the Kharyaga oil field in Nenets Autonomous district.

The production volume amounts to 1.5 million tons per year. Since 1999, cumulative production for the project amounted to 15 million tons, with high production safety. Total income from JUrginskogo PSA to the budget system of Russia exceeded $ 3 billion.