The current dynamics of oil prices cannot be explained only by market forces. In many ways, the price of the black gold – is a tool of political pressure on countries dependent on exports of raw materials. 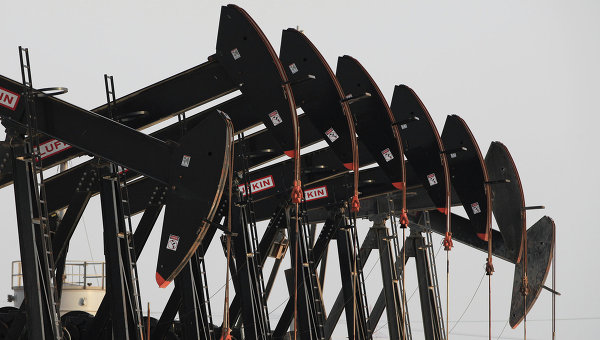 The oil market many years was more or less stable, and output growth in developing countries has led to the fact that in the mid-2000s the price of a barrel exceeded USD 140.

The cost of oil is always determined its main or reference varieties, differing in density and sulfur content and other chemicals (WTI, Brent, produced in the North sea, Dubai Crude).

Brent crude is actually a blend of several varieties produced at offshore fields, it is classified as low-sulfur (sulfur content of 0.37%). It is similar to WTI, which is due to low content of sulfur also called “sweet oil”. These varieties are most suitable for processing into low sulfur fuels (gasoline and diesel) and are valued higher.

Brent became the benchmark also thanks to the presence of several reliable independent suppliers and popularity among consumers and processors. In fact, since 2010, the price of 70% of all oil types depend on the cost of Brent mix.

Russian Urals has entered the world market in the 1970s, and costs less than Brent due to higher density and higher content of sulphur (to 3.0%). Urals crude exports go through sea ports and the oil pipeline system “Druzhba”, which makes the market limited the brand and prevents it from becoming a full-fledged marker of the sort.

Oil, dollar and gold, is one of the most powerful levers of regulation in the world economy. The current drop in prices is due to several factors: a significant decline in the growth of economy of the largest countries-consumers of hydrocarbons, primarily China and “shale revolution” in the United States.

When the Americans have a technique of horizontal drilling and fracturing or freking (from English fracking – hydraulic fracturing), prices on the global oil market has declined substantially.

Shale rock is porous, dehydrated clay, saturated with oil. After horizontal drilling of this reservoir is hydraulic fracturing, the well is pumped in huge amounts of water and chemicals to push the oil from the clay pores. These deposits are considered to be disposable, but in the U.S. a lot of them.

Technology frekinga causes sharp criticism from environmentalists – use this methods emits methane, a powerful greenhouse gas. The consequences of fracturing have felt by the people of Pennsylvania, Louisiana and Texas, States where the largest producing fields: pumped into the well chemicals along with the produced gas get into the aquifers and make the water unusable. After numerous protests against the use of dangerous and little-studied technology freking was banned in Germany, France, Bulgaria and some US States.

The revolutionary method, though it was rather expensive not only from the point of view of ecology, – the minimum cost of this oil is 30$ per barrel — has caused a boom in the oil industry of the United States. Production of light oil from shale rock rose to 2.3 million barrels per day in 2013 and in early 2014 exceeded 3.5 million barrels per day, amounting to 4.3% of the world production of oil. The whole world, and primarily the largest exporters of raw materials, talking about the “shale revolution” and the US began to suspect in an attempt to reshape the global market for black gold. The Arab States, realizing the danger of losing dominant position there, became hard to increase production, playing on the slide, to displace shale oil.

As a result now oil hits record price drop. However, many experts tend to see what is happening in a premeditated scenario and not market mechanisms. By lowering the price of oil to such a low level, the U.S. seeks to put pressure on the already in crisis the Russian economy, and Riyadh are satisfied with this situation, because he is interested in disrupting the “shale revolution”. Do not raise the oil prices and the recent lifting of sanctions with Iran, which will now be able to export the black gold. On political causes turbulence in the commodities market and says the recent U.S. decision to cancel the 40-year ban on crude oil exports.

Oil prices will begin to rise, experts say that since oil is a basic energy, but when the “oil war” do not presume to predict. In addition, the decline of the Chinese economy can take a long time.