The proposal of the Deputy Sergey Kalashnikov to fix the dollar rate at the level of 40 rubles MPs believe unrealizable, because CB has few resources and such measures previously ruble did not help. 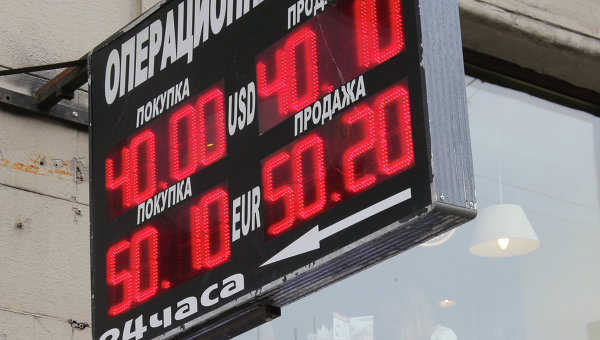 MOSCOW, 22 Jan. Deputies of profile committees of the state Duma, the respondents believe that to force banks to buy and sell the dollar for 40 rubles, it is impossible, moreover, the emergence of such a course could lead to the collapse of the financial system of the country.

Instead watch for irregular foreign currencies, you must pay attention to the actions of the Central Bank and the government of the Russian Federation, are also parliamentarians.

The deputies thus opposed to the proposal put forward on Thursday the first Deputy Chairman of Committee of Federation Council on economic policy Sergey Kalashnikov, to fix the dollar rate at the level of 40 rubles, because, in his opinion, otherwise the dollar against the ruble, which is now speculative and has no connection with the world economic environment, will inevitably grow.

The Chairman of the Duma Committee on economic policy, innovative development and entrepreneurship, President of the Association of regional banks of Russia Anatoly Aksakov believes that fixing the exchange rate of the ruble to the dollar will do nothing, because the banks simply will not agree to sell the dollar for 40 rubles.

“Treat this with understanding from the point of view of man, but from a professional position, we understand that this is impossible,” — said Aksakov.

The MP noted that the only option for the realization of this idea would be to sell the dollar for 40 rubles by the Central Bank. “But there is little the Central Bank’s international reserves. He will sell them, and what do we do?” — said Aksakov.

In addition to considerations about the limited resources for currency speculation, which could support the ruble, previous experience has shown that they do not save the ruble from collapse. Previously, the last economic crisis, such a scenario was implemented, and intervention in what have not resulted in the protection of the population, says the MP.

“I think we spent absolutely wrong 200 billion (dollars — ed.) in 2008-2009, when he carried out foreign exchange intervention. This earned currency speculators, foreign hedge funds and Russian banks, but the men did not win,” — said Aksakov.

“I believe that we need to monitor the situation, it is necessary to apply tools not intervention and stabilization, and working on the structure of the economy,” has also offered the Deputy.

…and will lead to the collapse

Member of state Duma Committee on financial market, the Russian mathematician, doctor of physico-mathematical Sciences Boris Kashin agree with my colleague that the proposal Kalashnikov is not suitable. “So fixing the exchange rate may lead to the collapse of the financial system,” he said.

In addition, this step requires the adoption in the future, other measures that should be implemented comprehensively, he said. “And such a complex is not seen in his sentence”, — said Kashin.

According to the MP, in this situation, “we need to respond not so impulsive proposals, and it is necessary to take a comprehensive look as to whether the Central Bank and the government to carry out its functions”. Kashin believes that the Cabinet and the Bank of Russia can not cope at present with what is happening in the financial markets.

“They’re in the “fat years” have done nothing to diversify the economy. We are now completely disarmed before financial speculators who “injected” money into Russia. Absolutely nothing,” added the MP.

“The Central Bank and the government could take measures to limit speculation and reasonable limits on cross-border capital flows, which in every country a similar situation is introduced,” said Kashin.