Representatives of the textile and garment industry of Greece believe that 2016, the Year of Greece in Russia and Year of Russia in Greece, opens up the possibility of expanding export industry in Russia. 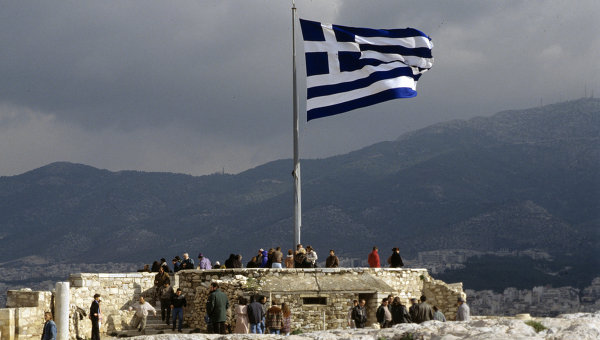 ATHENS, 22 Jan. Gennady Melnik. The prospects for expansion in the Russian market in the cross year of Russia and Greece were discussed by the representatives of the textile and garment industry with the Deputy Minister of foreign Affairs of Greece Dimitris Mardas, responsible to the foreign Ministry for international economic relations.

The meeting was also attended by the special adviser to the Prime Minister of Greece Dimitris, Valanis, said the foreign Ministry. The purpose of the meeting was to discuss the possibility of expanding export of textile and garment industry.

“Taking into account that 2016 is officially declared the “Year of Greece” in Russia and “Year of Russia” in Greece, discussed in detail the prospects of the broader activities of Greek enterprises in Russian market. In particular, they discussed such issues as the participation of Greek companies in international exhibitions in Russia, the organization through patterns of foreign business visits and meetings with Russian companies and institutions, as well as for the organization of meetings with counterparts on the Russian market”, — stated in the message of the Foreign Ministry.

In the context of development of inter-regional cooperation at the meeting discussed the possibility of supporting Greek enterprises in international markets.

Earlier it was reported that the volume of trade between Russia and Greece in 2015 has decreased because of sanctions from the EU, the trade turnover decreased 36% to 2.28 billion dollars. In particular, in 2014 the supply of clothing was 5.4% in the Greek exports to Russia.