DAVOS, 22 January. NOVATEK expects investment volume in 2016 at around 40 billion rubles. About it has informed journalists the head of the company Leonid Mikhelson. 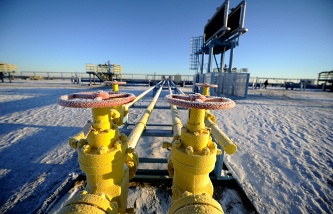 “It is difficult to give exact figures, given the change in the ruble exchange rate and inflation. Estimated investment will amount to about 40 billion rubles”, – he said.

Mikhelson also said that NOVATEK” has contracted all vacated after expiry of the agreement with “inter RAO UES” gas.

“Yes, we have placed all our gas customers we have all the contracts have been signed”, – he said.

Mikhelson also said that this year the company may sell on the exchange 1-2 billion cubic meters of gas. “The word “reserve” is inaccurate. Our gas contracted long-term contracts assume a certain flexibility of the sample gas, as a result there is some scope for implementation. We will proceed from the market situation and, I think, will sell by auction 1-2 billion cubic meters of gas,” he said.

The head of the company stressed that “NOVATEK” supports the development of exchange trading. “Given their suggestions for improving the work of the exchange. It is important that the admission to exchange trading consumers was carried out by the exchange, rather than the structure of “Gazprom”, – he added. 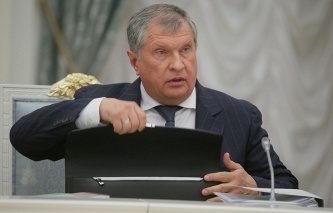 Mikhelson also said that NOVATEK is ready to bear full responsibility for the gas supply of consumers in the regions. “Today, in fact only Gazprom is responsible for ensuring that all consumers are with the gas, is responsible for the closing of the peak season, responsible for gasification. We are marketing have changed its policy a few years ago. First, has started to supply gas to the Chelyabinsk region, then the Kostroma region, including the population, for whom gas prices are significantly lower, considering gasification in both areas. Probably, in the near future, a year or two, will make a decision some area to completely take over the provision of gas. Will be solely responsible for the supply and development of gas consumption in these regions. And, of course, the answer would the same economic conditions with our monopoly Gazprom on the domestic market. Most of all we are concerned about the size and validity of the transport tariff,” he said.

The head of “NOVATEK” welcomed the idea of providing the guaranteeing suppliers of the right of export of gas in proportional amounts. “Today we occupy about 20% of the internal Russian gas market. I think that our strategy will receive a priority the stability of supply and not increase our share. We understand that if we supply gas to the regions if we engage in gasification, this market will be guaranteed for NOVATEK. On the one hand, this is some extra costs, non-payment, notice, population, and housing that we face. But I think that is right, the main gas suppliers on the Russian market must have a full load on all spectrums of the market, not to choose large preferred by consumers,” he added.

Gas growth will not be

In NOVATEK in 2016 expected growth of liquids production by 30%, gas will not increase.

“A significant increase in the production fluid (hydrocarbon – approx. ed.) will be this year. Last year, we achieved record results – an increase of 51%, this is about 30% of gas growth will not happen,” said Michelson.

The completion time of the projects Gydansky

The Chairman also said that NOVATEK is not going to revise the planned dates for Gydansky projects – 2022-2024.

According to Mikhelson, the company soon plans to determine the project concept. Now consider what power line do for the 5 or 7 million tonnes, which platform you need.

He also noted that the company now is not going to speed up the process of attracting partners. “There are partners who are interested in us, we are establishing with them a constant communication so that, when the period of the adoption of investasinya, we could make proposals to the partners, who will already be familiar with the project and will be able quickly to consider it,” he said.

NOVATEK plans to build a plant to liquefy natural gas extracted Salmanovsky (Morning) and Geophysical oil and gas condensate fields in 2022. Its maximum capacity can reach 15-16,5 million tons of LNG per year.

License for the development of Geophysical and Sarmanovskogo (Morning) fields on the Gyda Peninsula were acquired by NOVATEK in September 2011 and valid until 2031.

In addition, according to him, NOVATEK and Total are exploring joint projects in third countries, one in Asia Pacific. 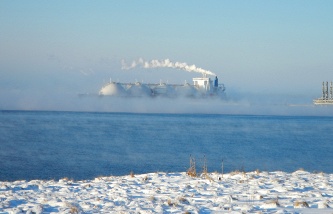 Media: NOVATEK could not in time to close the deal with the Foundation of the silk road by 9.9% in “Yamal LNG”

“Learn. A couple of projects looking at, are theoretically very interesting. One of them in Pacific rim countries”, – said the head of the company, answering the question of whether the company’s joint projects.

Mikhelson also said that NOVATEK by the end of 2015, EBITDA increased by one third this year, borrowing is not required.

“No, they won’t. We are able to carry out its investment program and to service its debt portfolio. At the end of February already publish data from the previous year. We have decent growth, I believe, EBITDA on the third we must grow. Financial problems on the “NOVATEK” no no,” he said.

“Of course, LNG,” said he, answering the question of what projects in the South Pars more interesting company.