If “Gazprom” will offer the Ukrainian side conditions are more favorable than those offered to Europe, “Naftogaz of Ukraine” is ready to return to the consideration of the purchase of gas, said the mayor of Kiev Vitali Klitschko. 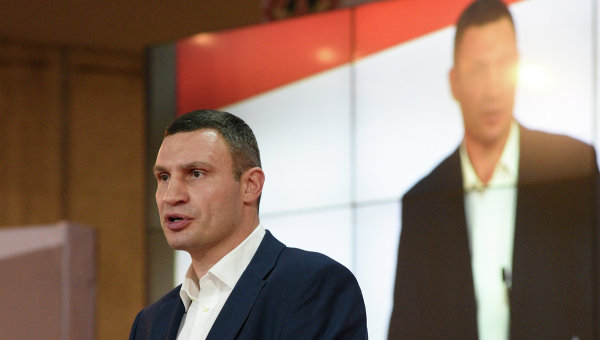 DAVOS, 22 Jan. The mayor of Kiev Vitali Klitschko said that “Naftogaz of Ukraine” to return to the question of gas purchases from Gazprom in the event of a bid more favorable than offers Ukraine to Europe.

Prime Minister of Ukraine Arseniy Yatsenyuk had previously expressed the view that the country will be able to pass the current winter without gas purchases from Russia due to accumulation of gas reserves in underground storage facilities and the procurement of fuel in Europe. Later, on 10 January, he stated that Ukraine will not buy gas from Russia at the proposed price in 212,23 dollars per thousand cubic meters, because in Europe she buys cheaper.

“If “Gazprom” will give the proposal better, which we get from Europe, that we will be able to come back to this issue (procurement of gas – ed.)”, — said Klitschko on Friday.

He said that Ukraine finds alternative markets of gas, but at a price slightly less, than “Gazprom”.