DAVOS, 22 January. Russia could rejoin the G8, this opinion was expressed by former Finance Minister Alexei Kudrin, speaking at an economic forum in Davos. 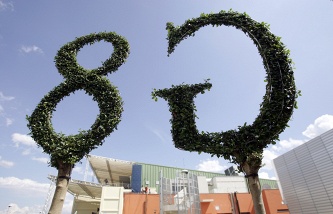 Putin: Russia is ready to work in the format of G8, if the subject of General discussion

“I’m sure Russia after some negotiations, the new dialogue will be back in all world formats, including an eight, and not because she will be back to super-strong economic power, but because it has a range of qualities, including geopolitical, military value, and were originally the basis for the inclusion of Russia in the eight” – said Kudrin.

He added that Russia has never refused to participate in the life of a world community and will focus on the development of market economy, democracy, integration into the world economy.

“Russia refuses. Now we have political and geopolitical crisis which will pass. It does not correspond to the analogs of the cold war, the Soviet Union,” – said Kudrin.

He added that Russia sees itself as part of a world community and will take account of its requirements.

According to Kudrin, the Russian Federation and the West needs to rethink the current crisis between the parties. “He is not accidental but, in General, due to the fact that we at some point did not take into account the interests of each other. As a result of the crisis, we returned to these problems. I hope that the Munich conference will be the first steps on meeting to each other,” said Kudrin.

The sanctions will start to weaken

Kudrin believes that Western sanctions against Russia will begin to subside in late 2016 – early 2017, said Kudrin.

“I am confident that the sanctions will begin to decline at the end of this year or early next. Nobody in Russia is not going to save the opposition, I think, will run the Minsk agreement, and, therefore, the conflict regarding sanctions will be resolved” – believes Kudrin.

WHAT ARE THE “BIG EIGHT”

The group of eight (G8), or “big eight” – an informal forum of leaders of leading industrialized countries.
The idea of holding the summit meetings of industrialized countries began in the 1970s in the conditions of crisis in the world economy. The first meeting took place in November 1975 in Rambouillet (France) on the initiative of French President valéry Giscard d’estaing and German Chancellor Helmut Schmidt. It was attended by leaders of six countries – USA, Japan, France, the UK, Germany and Italy. The following year they were joined by Canada, the meetings were called summits “the big seven”. Since 1977, the permanent participant of the meetings was the European Commission. In 1991, in “the seven” for the first time took part Russia, and the summit in 1997 (Denver, USA) first held in the format of “eight”. Next summit the G8 summit was to be held 4-5 June 2014 in Sochi. March 3, 2014 the seven member countries of the group of eight (Britain, Germany, Italy, Canada, USA, France, Japan) announced that it would suspend preparations for the summit “the eights”. The organization decided to return to the format of “seven”.