“The absence of Vladimir Putin at the Munich conference on security should not be politicised. It’s a question of priorities,” said Vice-speaker of the state Duma Nikolay Levichev. 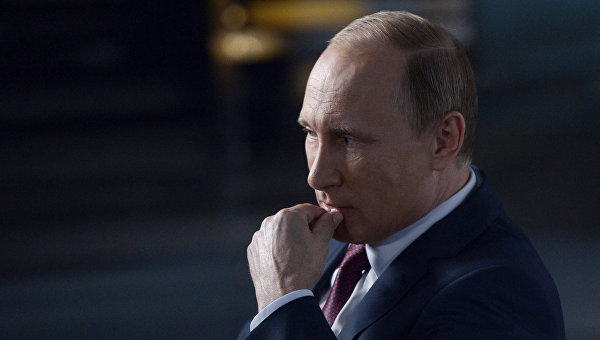 MOSCOW, 21 Jan. Vice-speaker of the state Duma Nikolai Levichev (“Fair Russia”) appealed not to politicize the absence of the President of the Russian Federation Vladimir Putin at a security conference in Munich: it is a question of priorities.

Earlier it was reported that Prime Minister Dmitry Medvedev will lead the Russian delegation at the security conference in Munich, the decision was made after discussion with the head of state. The President’s press Secretary Dmitry Peskov explained that Putin will not go to the Munich security conference because “it didn’t match with the opportunities offered by the current working schedule of the President.

“The absence of Vladimir Putin at the Munich conference on security should not be politicised. It’s a question of priorities – difficult socio-economic situation within the country is more important than the meeting in the Bavarian capital. Therefore, in Europe by the decision of the Russian leader must understand,” — said Levichev.

He stressed that Russia is represented in Germany at a high level. “The Russian delegation will be headed by the Chairman of the government Dmitry Medvedev. It emphasizes that we with great attention and respect to the platform to discuss pressing global problems and ways of their solution”, — said the MP.

Levichev stated that Russia has more than once shown its willingness to dialogue with all partners, provided that it will be a dialogue of equals. “Finely to avenge the rudeness with which our delegations over the past year, been confronted at various international venues, when our representatives were deprived of office, and then simply were not allowed in the host country, we, of course, will not. This is not our level. Neither anti-Russian attack, we have not forgotten,” said he.