“Yugagroprom” will be engaged in the cultivation and processing of potatoes in the suburbs. Also need a warehouse and the production of frozen French fries. 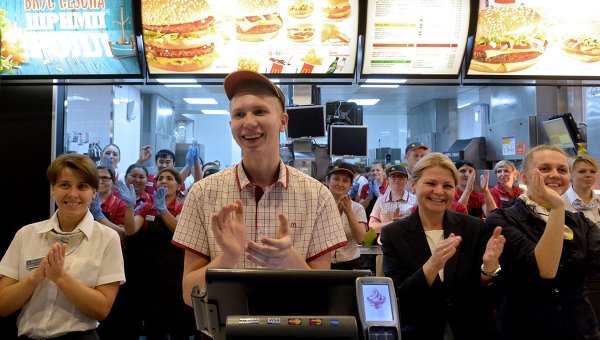 MOSCOW, 22 Jan. The American network of restaurants of fast food McDonald s agrees with the Dagestani “Yugagroprom” which will be engaged in the cultivation and processing of potatoes, said on Friday the newspaper “Kommersant”, citing a source familiar with the negotiations.

“Plans for growing potatoes in Russia arose in connection with the strategy of import substitution. Also need a warehouse and the production of frozen French fries. The Corporation participates in the negotiations on this issue with different regions, including the Moscow region”, — transfers the edition quoted the source as saying.

The Deputy head of the Moscow region government Denis Butsaev explained to the newspaper that it is planned large-scale investment project of the company “Olympus”, which is now actualized in connection with the request of McDonald’s for the cultivation of raw materials for French fries. “The amount of production of 75 thousand tons per year of potato cultivar “Innovator”. Now consider the option to allocate land in Silver-Prudskikh district, shipments will begin approximately two years”, — he told.

The press service of McDonald’s in Russia “Kommersant” said that now frozen potatoes for Russian restaurants supply company Farm Frites and McCain from Poland. To comment on plans for the cultivation of raw materials for French fries in the Russian Federation the representative of the Corporation refused.

According to the President of the National Union of vegetable growers of Sergei Korolev, in the crop year in Russia potatoes fell by 40% due to a surplus of 1 million tons. “Given the exchange rate, to grow raw materials for French fries in Russia in 2-2,5 times cheaper than to import from abroad,” he says.