The decision to work together to discuss initiatives with the Duma faction “United Russia” was adopted because in a crisis economic conditions, lawmakers should consider opinion of inhabitants of the country. 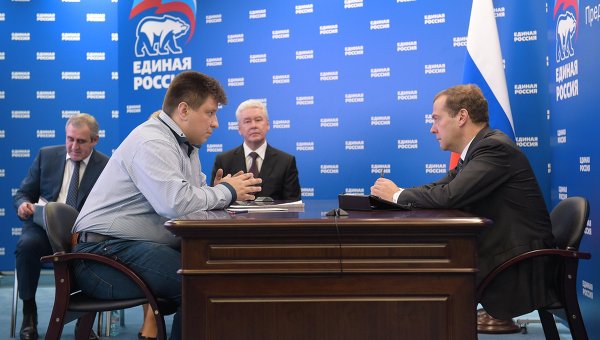 MOSCOW, 22 Jan. The government of Russia under economic crisis conditions will take decisions on questions of General interest only after consultations with the Duma faction “United Russia” and given its opinion, wrote in Friday newspaper “Izvestia” citing a source in the ruling party.

According to “Izvestia”, the decision on the joint discussion of the initiatives was adopted on 19 January, on the closed part of the special meeting of the Prime Minister and the leader of the EP Dmitry Medvedev met with Ministers, parliamentarians and representatives of regions. The main theme of the meeting was a key anti-crisis measures planned for the near future.

“Such decisions (the introduction of unpopular measures, leading to additional costs of citizens, explained “Izvestia”) should be deeply worked with the discussion of all “for” and “against”, with the study of the opinions of experts must take into account the opinion of inhabitants of the country,” the newspaper quoted its source.

The source said that otherwise “unbalanced agenda proposed by the Executive power, may affect both the Russians and the position of “United Russia”, which represents the majority in the lower house of Parliament and is politically responsible for the laws adopted”.