According to estimates of JLL, direct investment in commercial real estate in the world in 2015 amounted to about $700 billion, which roughly corresponds to the result of 2014 the experts of the company recorded changes in the composition of the top three largest cities in the ranking by volume of transactions. The first line took new York, removed to the second place of the leader of last years – London. The experts noted that both cities are far ahead in the top 30. On the third place after a two-year absence returned to Paris to replace to the fifth position previous favorite – Tokyo. Moscow by end of 2015 in the list were not included. 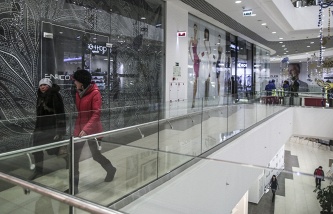 Research: the vacancy rate in Moscow shopping centers by the end of the year will reach a record 10%

US cities made up half of the top 30 investment markets world by the end of 2015 In particular, Seattle, San Diego and Miami showed a sharp increase in investment activity, the report said.

The total volume of investment transactions on the commercial real estate market in the world in 2015 is only 1% gave a similar figure in 2014 ($704 billion) and by 7% – an absolute record, recorded in 2007 ($758 billion). At the same time, such dynamics of dollar rate is a direct result of the strengthening of the us currency, while local currencies in 2015 increased to a record high of $765 million (when converted at a fixed exchange rate).