The currency of Kazakhstan is approaching a point of relative equilibrium, to the tenge exchange rate now important oil prices and the ruble to hard currencies, said the Prime Minister Maximov. 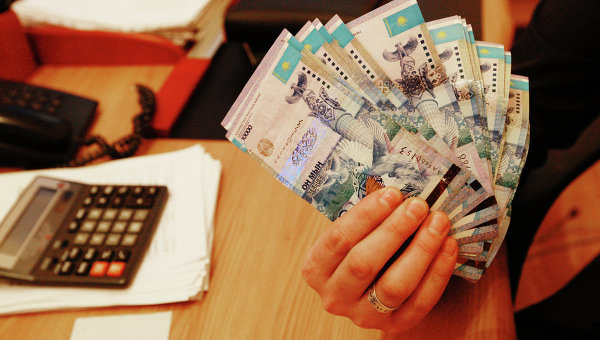 MOSCOW, 22 Jan. Rate of tenge has come to the point of relative equilibrium, stabilized for several weeks, believes Prime Minister of Kazakhstan Massimov.

“I think we’re very close to some point of relative equilibrium, and we in the foreseeable future, I think, in a few weeks, we will see stabilization as the ratio of the ruble against the dollar and the relationship of tenge to dollar, too. I think this is very important. When we get to the equilibrium point, then the situation will stabilize and you can make long-term forecasts”, — said Masimov.

In August 2015 in Kazakhstan was cancelled currency corridor and entered a free-floating tenge. Since that time, the tenge devalued to the dollar by more than half. The level of dollarization of retail deposits by the end of 2015 reached almost 80%. On the eve of the weighted average rate of tenge at the morning session of Kazakhstan stock exchange (KASE) has updated its historic low, falling to 383,23 tenge per dollar against 372,03 tenge per dollar in trading session the previous day.

The Prime Minister noted that at present two factors are very important for the rate of the national currency. “The first factor is the price of oil that exists. And the second factor, since we are in the single economic space with Russia, is the ratio of the ruble against hard currencies”, — Masimov has listed.

Massimov reminded that the national Bank of Kazakhstan has moved to an inflation targeting policy is exactly the same as the Russian Central Bank. “For the National Bank are the main targets inflation, not exchange rate. Although, of course, for people, for everyone, the exchange rate is very important,” he added.