During a working meeting of Vladimir Putin with President of Bashkortostan Rustem Khamitov will discuss socio-economic issues of the region. At the moment it is not known whether raised in the framework of the negotiations, the subject of possible privatization of “Bashneft”. 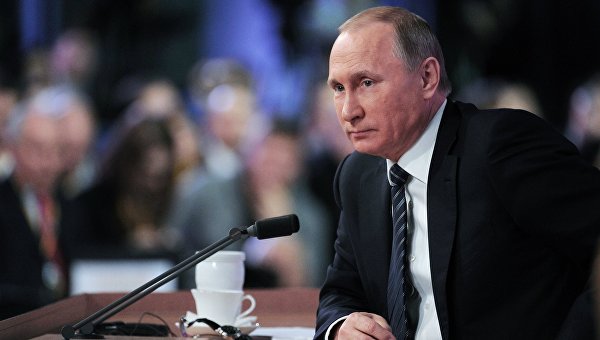 MOSCOW, 22 Jan. Russian President Vladimir Putin on Friday will hold a working meeting with President of Bashkortostan Rustem Khamitov, on which it is planned to discuss socio-economic issues, told reporters the President’s press Secretary Dmitry Peskov.

Replying to a question at the meeting it is planned discussion about the possible privatization of “Bashneft”, Peskov said: “overall, as a rule, discussed the issues of socio-economic nature. Now I can’t say whether or not to rise this issue. If he will rise, we will tell about it.”

Earlier, at the end of December, Finance Minister Anton Siluanov said that the Russian government is preparing proposals for privatization of stakes in major companies, including Bashneft and Rosneft. According to him, privatization may replenish the Federal budget and reduce spending from the Reserve Fund.

The Russian Federation represented by the Federal property management Agency in December 2014 became the owner of 73,94% of the share capital of “Bashneft” after the court decision, which deemed illegal the privatization of the company. After repayment of Treasury shares the company’s share of the Federal property management Agency has increased to 75,08% of the shares. In the summer of 2015 25% of the shares in this package were transferred to Bashkiria.