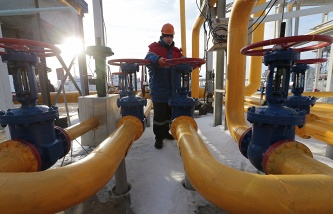 “The main increase in production was driven by the launch of a new production plant of complex preparation of gas and condensate (Ypgyk) design capacity of 5.5 million cubic meters per day at the Novo-Urengoy license area, as well as the commissioning of new wells. Also contributing to the increase has made involvement in the development of the deep (over 3700 meters) of achimovskoye Deposit formation with free gas reserves of category C1+C2 in 3 license areas in excess of 130 billion cubic meters”, – stated in the message.

With the launch of the new Ypgyk performance of existing plant has been increased twice – up to 11 million cubic meters per day. “Rospan” continues works on construction of new treatment plant and all associated infrastructure on the East-Urengoyskoye area, as well as plans to increase the amount of exploration and development drilling.

“Rospan” is a major center of growth in natural gas production of the company in the next 5 years. It is planned to increase gas production to 19.6 billion cubic meters per year.