In exploring the question will be attended by the Finance Ministry, said Deputy Prime Minister Alexander Khloponin. According to him, the authorities consider acceptable German model of monopoly. 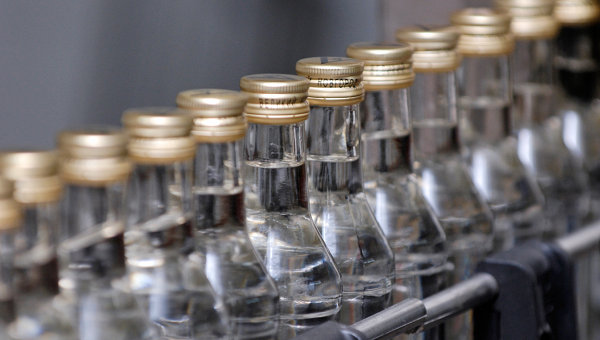 PYATIGORSK, 22 Jan –, Margarita Savelyev. The Russian government together with the Finance Ministry considering the imposition of a monopoly on the market of alcohol, told journalists the Vice-Premier of the government of the Russian Federation Alexander Khloponin.

“Today examines this question, no final decision yet. In the near future will be formed through monopolization of that market, which for us is most vulnerable,” — said Khloponin.

According to him, the authorities consider acceptable German model of monopoly. In exploring the question will be attended by the Finance Ministry, said Deputy Prime Minister.

In December Khloponin has already declared their opinion that Russia needs a state monopoly on the sale of alcohol and strict control over its turnover. He did not rule out that medical alcohol dishonest entrepreneurs contrary to the legislation of the Russian Federation can be made alcoholic products. Only about 2% of medical alcohol used for the production of medicines.

At the same time in October 2015, the state Duma Committee on economic policy, innovative development and entrepreneurship recommended the lower chamber of the Russian Parliament to reject made by deputies of “Fair Russia” a bill to impose a state monopoly on the production of ethanol. The government also did not support the bill.

The state Duma has noticed that in case of introduction of a monopoly may increase corruption risks, and possible illegal production of alcohol and its turnover.