In the implementation of the economic part of the Association agreement between Ukraine and the EU there are difficulties, but they don’t hinder the process, said the European Commissioner for trade Cecilia malmström. 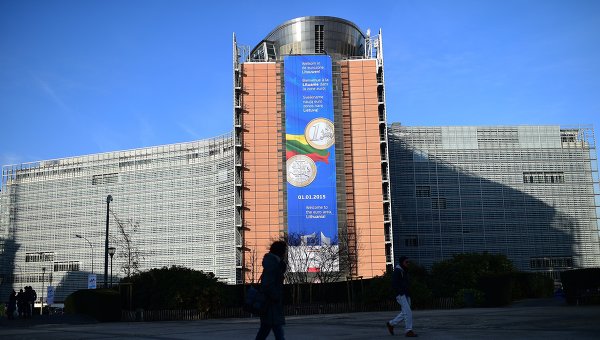 DAVOS (Switzerland), 22 Jan. The Commission does not see any serious difficulties in the process of implementation by Ukraine of the economic part of the Association agreement with the European Union, said the European Commissioner for trade Cecilia malmström in the margins of the world economic forum in Davos.

The agreement on free trade zone between Ukraine and the European Union became effective on 1 January 2016.

“No. I think they’re doing what they can. Of course, reforms need to be accelerated. We also look at how we can support them to ensure their compliance with the standards so they can export to the European market. Of course, much complexity remains, and they cannot disappear in one day,” said Malmstrom on a question, does she have the greatest difficulties in implementing the economic part of the Association agreement between Ukraine and the EU.

She added that on Monday in Brussels met with the foreign Minister of Ukraine Pavel Klimkin, on Friday on the sidelines of the forum is planning to meet with the Minister of economic development and trade of Ukraine Aivaras abromavicius by.

Malmström also noted that no plans in the near future to meet with representatives of Russia to discuss trade measures. “Not planned”, — she answered to the question.

Russia since January 1 has suspended to Ukraine, the agreement on the CIS free trade zone and imposed customs duties to protect its market from an influx of duty-free goods from the EU. In addition, Ukraine introduced a grocery embargo for countries that supported anti-Russian sanctions. Also, according to the decree of the President of Russia, cargo transportation from Ukraine to Kazakhstan via the Russian Federation from January 1, are carried out only from the territory of Belarus.