MOSCOW, January 22. The fall of the ruble and the value of the dollar due to the realities of the market. Such opinion on air of radio station “RSN” stated on 22 January, the financial Ombudsman Pavel Medvedev. 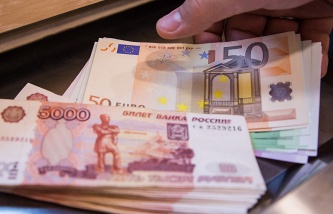 “This is the reality in the market. Some seem to think that the 80 and 85 rubles to pay for a dollar’s worth it, because for 85 rubles you buy something of value. This is because the relatively lower ruble value is in the eyes of the people,” – said Medvedev.

The Ombudsman also added that he does not consider what is happening on the market is the result of speculation the Ministry of Finance for replenishment.

“The fact that the Minister of Finance, is adequate and well educated man, such a wild way wants to Supplement the budget – impossible to imagine. The Minister of Finance is absolutely not like what is happening, he is already 25 times expressed hope that the reached the bottom, but the next down, and deeper is found,” – said Medvedev.