The exit of Kyrgyzstan from the agreements with Russia on the upper Naryn cascade and Kambarata HPP-1 is linked to the difficulties experienced by the Russian economy. Bishkek is looking for new investors for the project. 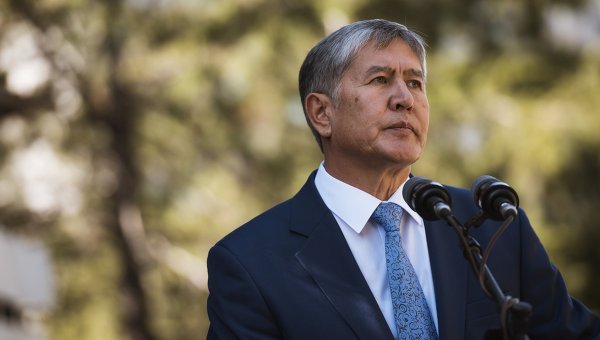 BISHKEK, 22 Jan. The President of Kyrgyzstan Almazbek Atambayev signed a law on denunciation of agreements with Russia on construction and operation of Kambarata HPP-1 and upper Naryn cascade hydropower stations, the press service of the head of state.

Two days ago, the Parliament approved the denunciation of these agreements. According to the procedure, now the Ministry of foreign Affairs shall notify the government of Russia about cancellation of the agreements.

Laws come into force after 15 days from the date of its official publication.

An agreement on the construction of the upper Naryn cascade hydropower plants (237 mW) and Kambar-ATA HPP-1 (1860 mW) was achieved in 2012.

In December 2015, Atambayev said that Bishkek is considering the possibility of exit agreements with Russia on the upper Naryn cascade and Kambarata HPP-1, as well as finding new investors because of the difficulties experienced by the Russian economy. Atambayev said that he had found in this question full understanding with the Russian leadership. Later, the Kyrgyz government announced the decision to denounce the agreement with Russia due to the fact that the Russian side “has recognized the impossibility of raising funds to implement the terms of the agreement”.

As previously stated by the official representative of the Russian foreign Ministry Maria Zakharova, Moscow connects problems with Russian hydropower projects in Kyrgyzstan with the global economic crisis and expects from Bishkek implement property interests of the parties in the exit agreements.