MOSCOW, January 22. The deficit of the Federal budget of the Russian Federation for 2015 was $ 1,945 trillion rubles, or 2.6% of GDP. Such information contains in materials of the Ministry of Finance. 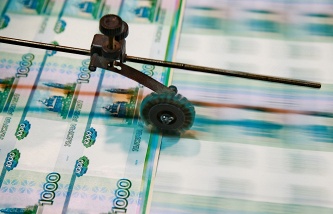 Treasury: deficit of the Federal budget for 2015 amounted to 2.05 trillion rubles.

For 2015, the Federal budget received 13,655 trillion rubles of revenue, representing 103% of the annual plan. The expenditure for the year reached 15.6 trillion rubles or 101.2% of the budget target.

The basic volume of expenses traditionally fell in December. In particular, in the last month of the year the budget has allocated a significant tranche for the payment of January pensions. Spending in December compared to November increased 2.5 times and amounted to 2,579 trillion rubles, income – 1,478 trillion.

Earlier, the head of the accounts chamber Tatyana Golikova reported that the deficit amounted to about 2 trillion rubles, or 2.6% of GDP. The Finance Ministry had forecast a deficit of 2.8-2.9 per cent.