To political activity, it is proposed to include areas such as state building and the Federal structure, to ensure the sovereignty of the Russian Federation, national defense, foreign policy, regulation of the rights and freedoms of man and citizen. 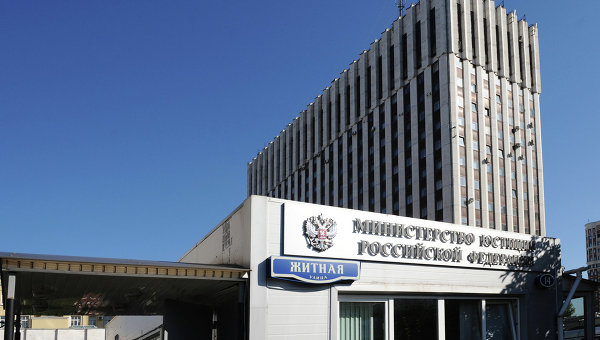 MOSCOW, 22 Jan. The Ministry of justice developed a draft law, clarifying the notion of “political activity” in the law on non-commercial organizations performing functions of “foreign agent”.

Relevant document published on the Federal portal of projects of normative legal acts.

Earlier Russian President Vladimir Putin ordered the Kremlin administration to address the issue of clarifying the concept of political activity of NGOs in Russia. Such a task is given following the meeting of the presidential Council for civil society development and human rights held in October 2015. During the meeting with members of the HRC, head of the state expressed the need for three months to prepare amendments to the law on NGOs.

To areas in which political activity is proposed to include: state building and the Federal structure, sovereignty, and territorial integrity of the Russian Federation, ensuring of legality, law and order, security, national defense, foreign policy, integrity and stability of the political system, socio-economic and national development of Russia.

In addition, political activity also includes the operation of state authorities and local self-government, the regulation of the rights and freedoms of man and citizen, to the explanatory note to the document.

In addition, the Ministry of justice believes that political activity can be to public appeals to state bodies, bodies of local self-government, their officials and other actions that impact their activities, including those aimed at the adoption, amendment, repeal of laws or other legal acts.

Also, political activity can be considered a distribution, including the use of modern information technologies, assessments made by government bodies and their policies; implementation of activities aimed at formation of public and political opinion and belief, including by carrying out and publishing public opinion surveys or other sociological studies; involvement of citizens, including minors, in these activities; the financing of the mentioned activities.

“Proposed in the bill to clarify the legislation of the Russian Federation will contribute to the formation of a clear and exhaustive criteria of the definition of political activities, as well as the uniformity of law enforcement practice,” according to the justice Ministry.

Earlier media reported that the Ministry of justice has developed an option that involves the use of three criteria in the definition of “political activity” is the purpose, scope and forms of work non-profit organizations. The head of the HRC said that the idea of justice three kinds of criteria for the definition of “political activity” is submitted to the human rights community are quite reasonable. Thus in the HRC proposed this scheme to test all those more than 100 organizations that are in the registry of the Ministry of justice.