BISHKEK, January 22. /Corr. Vadim Neshkumai/. The President of Kyrgyzstan Almazbek Atambayev signed on Friday, the Parliament adopted the law on denunciation of agreements with Russia on the joint construction on the territory of the Republic of the upper Naryn cascade of hydroelectric power station and hydroelectric power station “Kambar-ATA-1”. According to the press service of the head of the Kyrgyz state.

“According to the laws, the Ministry of foreign Affairs of the Republic in the prescribed manner requested to inform the government of the Russian Federation of denunciation of these agreements, – stated in the message. – Laws come into force after fifteen days from the date of its official publication”.

The decision on denunciation of the Kyrgyz Republic recognized expedient

The Kyrgyz government decided to unilaterally withdraw from those agreements as of 31 December last year. According to the press service of the Cabinet of Ministers of the Republic, at the meeting, which dealt with the question of denunciation of agreements, Deputy Minister of economy of the Republic Aibek Kaliev noted that on 21 December 2015, during the working meeting of presidents of Russia and Kirghizia the Russian side “has recognized the difficult economic situation of the current difficult external environment, exchange rate fluctuations and budget constraints”. “The Russian side expressed its position on the impossibility of raising funds on the terms contemplated by the agreement, – noted in the document. In this situation, the project may be delayed for an indefinite period of time.” In this regard, as well as “given the social and economic importance” of this project for the country and its need for additional electrical capacity, the government concluded that it was “expedient to denounce the above-mentioned agreement”. They were signed in September 2012 in Bishkek.

According to the agreement, Kyrgyzstan and Russia were on the Naryn river to build four HPPs upper Naryn cascade and large hydroelectric power station “Kambar-ATA-1”. According to the document, Russia had to raise funds for these projects, and Kyrgyzstan – to allocate land for the facilities. The parties plan to build a HPP on a parity basis. The same principle was to be preserved in the distribution of profits after the introduction of the stations into operation. From the Russian side in the construction of the upper Naryn cascade was attended by the company “RusHydro”, and in the construction of HPP “Kambar – ATA-1” – “inter RAO UES”. Project the installed capacity of the upper Naryn cascade amounted to 237 megawatts, and its construction was estimated to be 12-24 billion. The construction of HPP “Kambar-ATA-1” capacity of 1.86 thousand megawatts was estimated at $2-3 billion . The Parliament of Kyrgyzstan on 20 January, unanimously approved the decision of the government of denunciation.

According to Kaliyev, the Russian side has proposed a number of amendments to the existing agreement. In particular, Russia insisted that the buyer produced with hydroelectric power has become Kyrgyzstan, although “it was a question about exporting”. The Deputy Minister also claimed that the company “RusGidro” could not find a soft loan at 2.5% per annum, and proposed to borrow under 8-10%. “In this case, the cost of electricity would increase to 9-10 cents per kilowatt and to find her buyers would be unrealistic,” – said Kaliev. A similar situation, he said, and has developed around the construction of HPP “Kambar – ATA-1”. Meanwhile, as promised by the Deputy Minister of economy of the Republic of Nurlan Sadykov, Kyrgyzstan intends to return to Russia previously invested in the construction of the upper Naryn cascade means. We’re talking about $37 million . However, the money will be returned only after the Kyrgyz side will find new investors for these projects. “The conditions of the Russian side were good loans at 2.5% and direct investments, – said Kaliev. – Now trying to find investors with the same conditions. Just Russia difficult financial situation, the project has appeared unprofitable”.

Russia was sympathetic to the situation

Russia respects the decision of the Kyrgyz Republic on denunciation of agreements on joint with Russia the construction of the upper Naryn cascade of hydroelectric power station and hydroelectric power station “Kambar-ATA-1”. This was stated on Thursday at a briefing the official representative of the Russian foreign Ministry Maria Zakharova. “The problems associated with the global economic crisis, the economic slowdown, lack of demand has made further implementation of these two projects is almost impossible,” – said Zakharov.

“The Russian side is sincerely accept the decision of the partners of denunciation of these agreements on the understanding that they meet the necessary international legal procedures and provided the material and property interests of the parties,” the diplomat said.

For the first time about the intention to denounce the intergovernmental agreement with Russia on construction of hydropower the President of Kyrgyzstan Almazbek Atambayev said on December 24 last year. According to him, he repeatedly talked on this subject with Russian President Vladimir Putin and found him “full understanding and support”. “We all see the state of the Russian economy, it is, shall we say, on the rise, trends in the price of oil go down and only for objective reasons, these agreements cannot be fulfilled by the Russian side,” – said Atambayev. He added that after the termination of the agreements and Russia “will be easier”. The head of the Kyrgyz state acknowledged that the Kyrgyz party has also violated the terms of the agreements. “We delayed the allotment of land, did not seize the moment, when there was money, when the Russian economy was booming,” he said. As assured the head of the Kyrgyz state, now the Republic will seek a new investor for these projects. 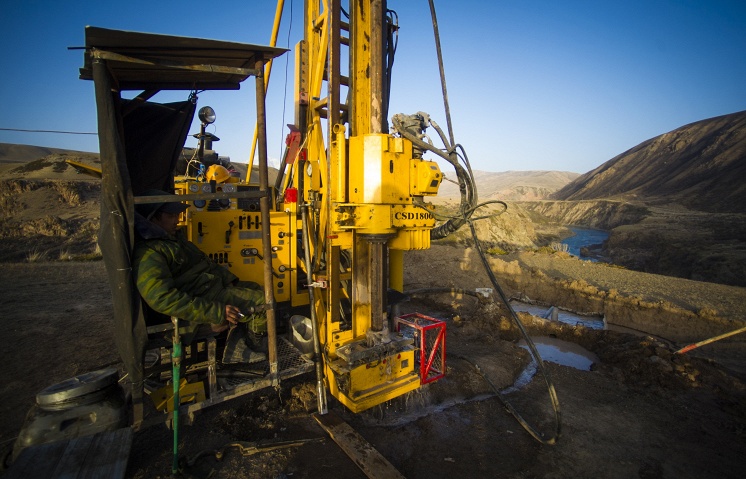