ISTANBUL, January 22. Ukraine continues to politicize the topic of Crimea in the framework of the black sea economic cooperation (BSEC), but this position is hopeless. This was stated to journalists by the Director of economic cooperation Department of the Russian foreign Ministry Evgeny Stanislavov. 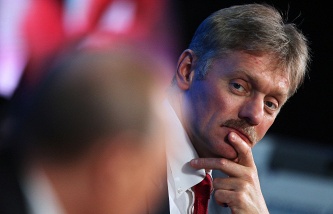 He has presented at the headquarters of the BSEC program of the Russian chairmanship in this organization.

“After joining the Crimea and Sevastopol a part of Russia data on the constituent entities of the Russian Federation continue to be part of the black sea region, said Stanislaw. – This being so, and the cooperation in the BSEC framework should cover all the regions of Russia, such as Sochi.”

“In this case we are faced with a highly political and emotional position of our colleagues from Ukraine who are literally at each event the organization makes statements about non-recognition of the realities that now exist in the black sea region and actively encourage other countries of the BSEC to maintain this hopeless position,” – noted the diplomat.