The program provides for the renewal of the fleet of wheeled vehicles, and subsidies to domestic producers. 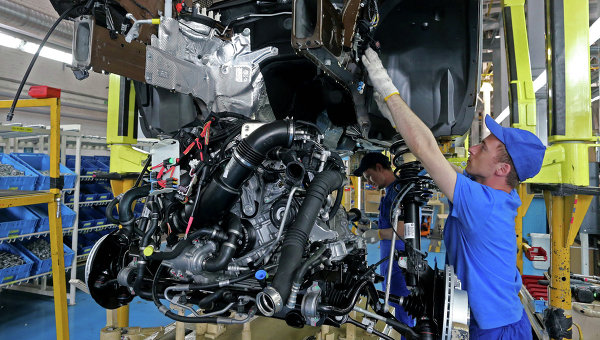 MOSCOW, 22 Jan. The Russian government approved a program to support the automotive industry in 2016, according to the press service of the Cabinet of Ministers.

The document itself has not yet been published. The government notes that the program includes such key measures as the renewal of the fleet of wheeled vehicles that will provide additional car production and to keep jobs in the automotive sector and related industries.

In addition, the program includes the subsidized organizations of the automotive industry to compensate a part of interest payments on investment loans. This, according to the Cabinet of Ministers, will allow to compensate a part of expenses for maintenance of the loan portfolio of producers, aimed at investment purposes. The program also will provide benefits for leasing wheeled vehicles and the provision of concessional loans.

The program provided a package of measures aimed at achieving the target indicators of the state program “industry Development and increase of its competitiveness”.

“The program will contribute to the improvement of production efficiency in the automotive industry, modernization of production capacities, introduction of new technologies and growth of competitiveness of Russian products on the domestic and foreign markets”, — stated in the message.

Earlier on Friday, Prime Minister Dmitry Medvedev said that he had signed a government Directive on supporting the automotive industry in 2016 in the amount of about 50 billion rubles.