Sberbank expects its growth in 2016 even in the case of closing the state program of interests ‘ subsidies to banks to buy housing in new buildings, said the Deputy Chairman of the management Board, financial Director of the largest Russian Bank Alexander Morozov. 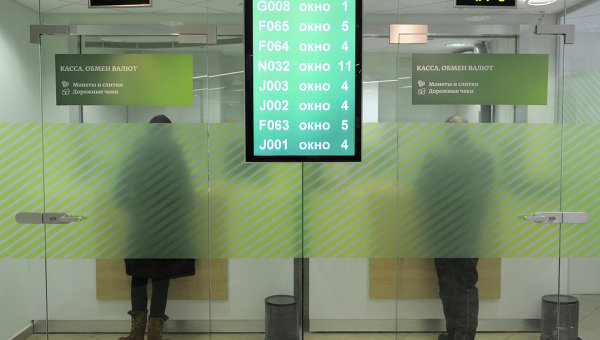 MOSCOW, 21 Jan. Sberbank, which occupies more than half the mortgage market in Russia, expects its growth in 2016 even in the case of closing the state program of interests ‘ subsidies to banks to buy housing in new buildings, said the Deputy Chairman of the management Board, financial Director of the largest Russian Bank Alexander Morozov during the teleconference.

“We do not expect any negative effect but, on the other hand, we expect measures to support the mortgage will continue. Believe that it was one of the most effective measures taken in the past year to support and developers, and the population”, — said Morozov.

“But in any case we will continue with this measure, and without it… we hope that our case will continue the positive dynamics of development of mortgage market”, — he added.

“Let me stress once again that we very much hope that the correct decision on the continuation of these activities will still be accepted. But if they took a different decision and action will be curtailed, in this case, I would emphasize that we have two-thirds of the market — “secondary market” the cost per square meter of housing is declining and will for some time to go down,” said Morozov.

The government of the Russian Federation in accordance with the law on preferential mortgage planning in 2015 to allocate 20 billion rubles to Russian banks for subsidized mortgage loans for the purchase of a primary residence, so they were not above 12% per annum. It was assumed that this will allow banks to issue mortgage loans on 400 billion rubles. Later the government extended the program of preferential mortgage lending with state support up to 700 billion rubles. The program is valid from 1 March 2015 to end March 2016.

In 2015, the Finance Ministry has allocated the savings Bank the limit of 200 billion rubles in the framework of the program, in December the Bank received approval from the Ministry about the increase in lending within the program to 225 billion rubles.

Deputy Finance Minister Alexei Moiseyev on Tuesday said that the government may not renew this program, but to take other measures to support the market. Later, Finance Minister Anton Siluanov stressed that the Russian government will take a decision on new measures to support the mortgage until the end of February of the current year. According to him, in 2015 the programme was granted 211 thousand mortgage loans amounting to more than 370 billion rubles.

The Ministry of construction of the Russian Federation will offer to renew the program of preferential mortgage in one form or another, the final decision of the Cabinet of Ministers will adopt in the first quarter, said on Thursday the head of the Ministry Mikhail Men.

The extension of the state program of support of mortgage after April 2016 will increase mortgage lending in Russia this year by 20-25%, said Deputy head of the Department of development and support of credit products of “VTB 24” Mikhail seroshtan. Previously, banks “Opening”, “DeltaCredit”, “URALSIB” “Gazprombank” and several others spoke to the need to extend the programme, warning of a possible decline in lending in case of cancellation.