TOGLIATTI, January 22. Unemployment in Russia in 2016 could grow to 6% or up to 1.2 million people. Such data led the Minister of labour and social protection Maxim Topilin. 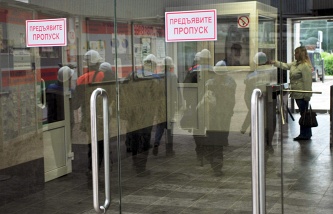 VTSIOM: Russians have become slightly more optimistic about their work

“We predict that this year unemployment will, of course, higher than we predicted earlier. I think within 6% could be the middle of the year or by the end of the year,” he told journalists.

Speaking about the level of registered unemployment, the Bank of Russia has admitted that it will grow to about 1.2 million people.

“Now we have been all year about a million, but it will still happen because production changes, reformatted, and will not leave”, – said the Minister.

He added that the Ministry did not foresee any layoffs in the country. “Because all companies one way or another adapt”, he explained. Speaking about the situation at AVTOVAZ, Topilin said that the company will be a planned reduction, which in 2016 will affect up to 2 thousand people. The Minister stressed that most of the employees of retirement age. They will receive a special severance payments for corporate programs.