DAVOS, 22 January. The Russian government has no plans to cut the financing of investment projects in the far East due to the current economic situation, said the head of the Russian delegation at the world economic forum, Vice Prime Minister Yuri Trutnev.

“No investment projects under any kind of knife we are not going to give. This is a strict position of the President of the Russian Federation. We have already had offers of my colleagues to make some cuts, after that had a meeting with Vladimir Vladimirovich Putin, in which he said that the far East no need to reduce”, – said Trutnev. 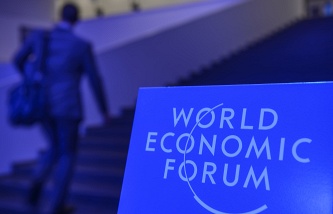 The world economic forum. The Tradition Of Davos

He also added that the Swiss group ABB plans to do energy projects in the far East.

“ABB wishes to engage in energy projects. We talked quite frankly. I invited them not only to do individual projects, but in General to make proposals for the optimization of energy supply of the region”, – said Trutnev.

The Minister explained that the supply system of the Far East electricity “scattered”, in some regions there is an excess of electricity, while others are experiencing a lack.

Vice Prime Minister also noted the increased interest in projects in the far East from a number of Indian companies, including the Tata group.

“There were many, all the top companies, interest alive. Almost all agreed that he would come a scout, which would clarify the parameters, select seats,” – said Trutnev.