The amount of debt of Ukraine to Russia amounts to 3,075 billion. Anton Siluanov said the day before, now is the preparatory work for filing the claim to Ukraine. 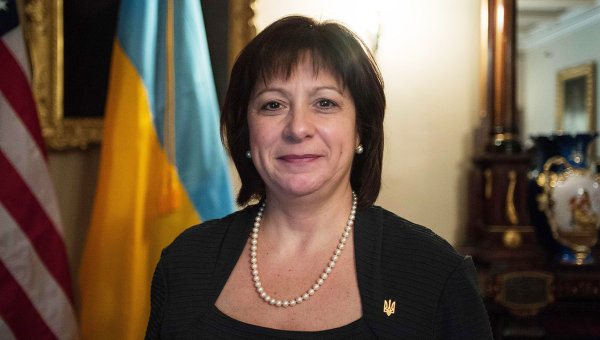 MOSCOW, 23 Jan. The question of the debt of Ukraine to Russia in the amount of $ 3 billion can still be solved without going to court, said at the world economic forum in Davos, Finance Minister of Ukraine Natalie Jaresko.

“I think you can still reach a consensual agreement with Russia without going to court”, — quotes Agency Bloomberg of a word Jaresko.

The Minister of Finance Anton Siluanov stated that at present preparatory work for filing the claim to Ukraine. The Minister expressed confidence that the debtor will be able to collect all amount of debt on Eurobonds, as well as the costs associated with filing a claim.

The amount of debt of Ukraine to Russia amounts to 3,075 billion. The Finance Ministry bought at the expense of means FNB of two-year Ukrainian Eurobonds at the end of 2013. Ukraine regularly served this duty until December 2015, after which Kiev has imposed a moratorium on the payment of the last coupon to $ 75 million and the repayment of all amounts outstanding.

Russia and Ukraine with the mediation of Germany informally discussed the possibility of negotiations on debt of Ukraine at $ 3 billion, but to arrange specific meetings so far failed due to the uncompromising position of Kiev, has informed on Friday to journalists the Deputy Minister of Finance Sergey Storchak.