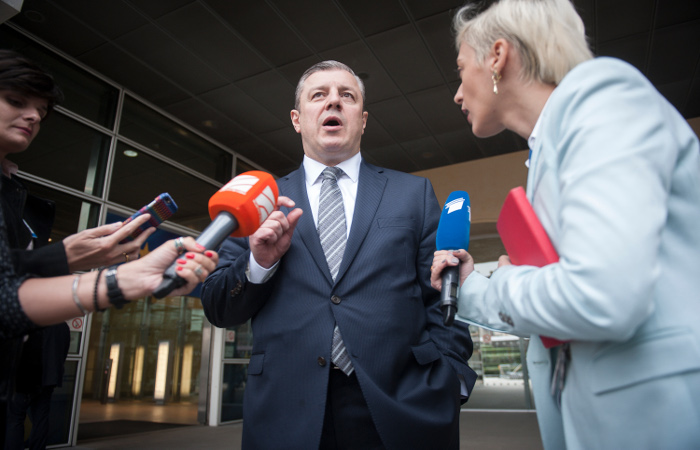 Moscow. January 22. The Georgian Prime Minister Giorgi Kvirikashvili responded to the criticism of the opposition about the negotiations with “Gazprom”. According to him, the last time he had heard many accusations of opacity of negotiations with the Russian company relating to the purchases from Russian gas.

According to him, the issue of supply of gas to Georgia is of a purely technical nature. About this Kvirikashvili said after his meeting with Azerbaijani President Ilham Aliyev, which took place on Friday in Davos within the world economic forum.

“I want to say that the government of Georgia aims to protect the interests of his country. This issue (of gas supplies) is purely technical and has no political motive,” – said Kvirikashvili.

As reported, the opposition, especially the representatives of the United national movement (UNM, the party of ex-President of Georgia Mikhail Saakashvili) has accused the head of the Ministry of energy of Georgia Kakha Kaladze in that it lobbies the interests of “Gazprom” trying to import additional volumes of Russian gas, whereas, according to them, Azerbaijan is able to satisfy its delivery.

Meanwhile, as repeatedly stated Kaladze, “Azerbaijan, which was and remains the main supplier of gas to Georgia, at this stage technically can’t occur in the winter to cover the deficit in the country.”