To Switzerland from officials of the economic block arrived only Alexei Ulyukayev. Vladimir Putin on the first day of the forum stated that it is good that in this year few Russian officials in Davos. “Home need to work,” he said. 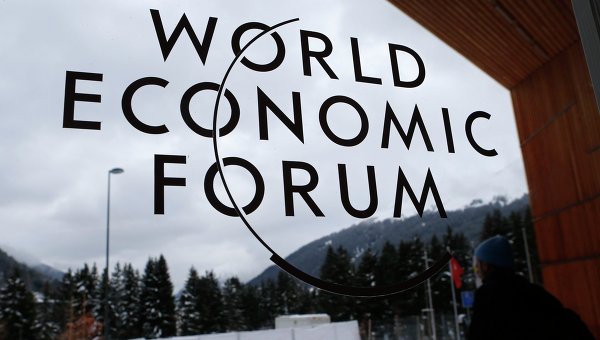 Officials of the economic block in Switzerland arrived only the Minister of economic development Alexey Ulyukaev, but it was limited to closed session on the WTO.

On the first day of the international forum of 20 January, President Vladimir Putin, after speaking at a forum of “OPORA Russia” in Moscow, noted that this year few Russian officials went to Davos, and added: “It is well, at home we have to work”.

“Home” had to stay and work and Chairman of the Central Bank Elvira Nabiullina. Her statement at a session of the forum was scheduled for Friday. This session journalists and members of the WEF, perhaps, waited more than others. However, the day before the rouble has once again broken the record of the fall (83.5 $ 91 ruble per Euro, respectively), and the Governor of the Bank of Russia remained in Moscow.

Not audible, not visible

Almost the entire load on the performance of the Russian economy rests on the shoulders of Vice-Prime Minister Trutnev. He said that the support of the government and the President of the population since the imposition of sanctions grew by a third, recalled that Russia has risen in the world Bank’s Doing Business index from 120th place in 2011 to 51-th place in 2015, and compared the forum in Davos with the far East.

After his speech at the session, Russian Deputy Prime Minister told reporters that he had held meetings with top managers of large Asian companies who want to come to the Russian market. Trutnev said that a particularly active interest of the Indian company. About the signed contracts and the investment is not mentioned. However, the forum in Davos is already almost half a century is debatable, but not an investment platform.

Russian business publicly showed little economic activity. Only the head of the Russian direct investment Fund Kirill Dmitriev signed the WEF deal with the Arab DP World deal for the development of port infrastructure in Russia for $ 2 billion.

The President of RUSAL Oleg Deripaska criticized the policy of the Central Bank, expressing the view that tight monetary policy cannot be compensated by any economic support measures from the government.

Answers to pressing economic issues have not escaped the former Minister of Finance Alexei Kudrin, who heads the Committee of civil initiatives.

He gave his forecast on the price of oil, which, in his opinion, can fall to 16-18 dollars per barrel, has not ruled out further aggravate the crisis in the Russian Federation, along with even stronger economic contraction this year, suggested a loosening of Western economic sanctions at the end of the current year. In these conditions, Kudrin believes that the government should postpone the privatisation of large assets — oil companies and banks.

The head of Sberbank German Gref was not widely commented on the current economic situation. Gref, who a week earlier called Russia a “country downshifters”, in Davos, Switzerland limited itself to the role of the leading traditional Breakfast of Sberbank and hospitable dinner host. He urged Russians not to remain on the sidelines of the next industrial revolution.

“Fourth industrial revolution is happening before our eyes: the progress of technology has accelerated, innovation and speed of implementation is key to economic success”, — said the head of Sberbank.

The world economic forum in Davos brought together over 2.5 thousand participants from 100 countries, as well as 40 heads of state and government.