DAVOS, January 23. The Minister of economic development of Russia Alexei Ulyukayev believes that the growth of the world economy in 2016 will not exceed 3%. 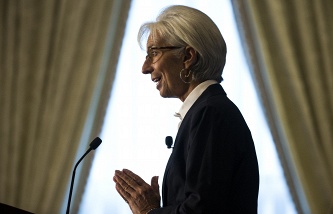 He said this to journalists in Davos.

Earlier, speaking at an economic forum in Davos, the managing Director of the IMF Christine Lagarde suggested that the global economy will grow by 3.4% in 2016, growth will be uneven, and Russia and Brazil will remain in negative territory.

Among the main risks for the world economy, Lagarde called the state of the Chinese economy, prices of commodity markets, asinhronisations monetary policy of the Central banks and the situation in emerging markets.

However, indicators of global economic growth by 0.2 percentage points less than the previous forecast of IMF published in October last year.